Report from Taiwan Pavilion, and Notes from Frankfurt Book Fair 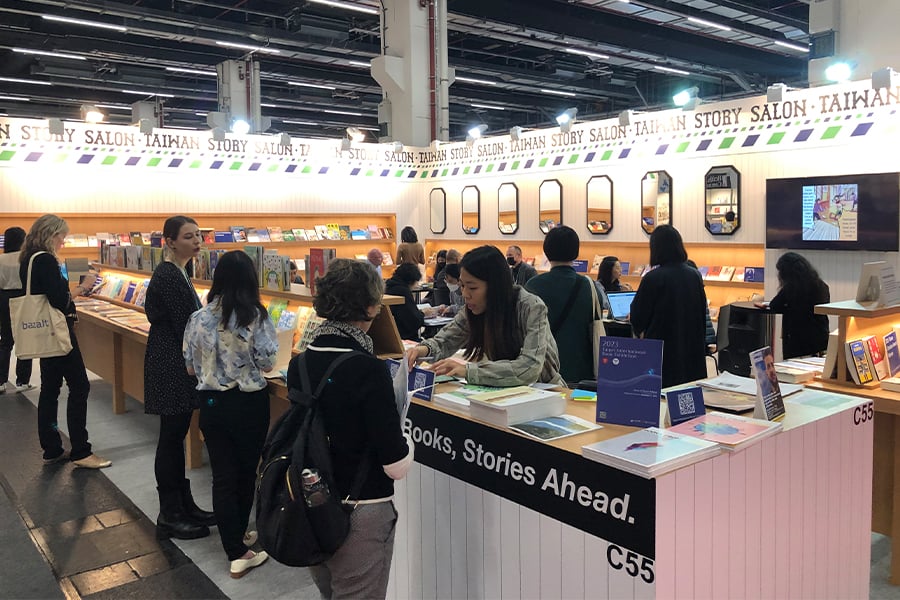 First, some topline figures for context: the total sales revenue from the Taiwanese publishing industry in 2021 was USD718 million (+5% YoY), compared with USD680 million in 2020. The revenue increase is widely attributed to the effect of the VAT-exemption policy that came into force in 2021, and it is therefore not viewed as real growth. However, one definite increase has been the surge of new ISBN applications, which rose by nearly 60% YoY, with over 54,000 numbers being issued in 2021.

In June 2022, Taipei book fair returned for the first time since the onset of the COVID-19 pandemic. Great efforts were invested to organize events for professionals and for readers, which took place both online and offline. The award-winning US author Jonathan Franzen was invited to engage with his readers in Taiwan via a live video conference, as was the recipient of the prestigious Akutagawa-Prize, Taiwan-born author Li Kotomi, who met her readers virtually to promote the newly published Taiwanese edition of The Island Where the Spider Lily Blooms. Valentina Butenko, the international market development executive at Yakaboo (one of the key players in Ukrainian ecommerce), presented at and participated in various panel discussions that gained attention and support from readers and publishers at the fair. To be sure, Taipei 2022 was an important reminder that in-person meetings remain a powerful way to develop much-needed intra-industry ties.

Four months later, a small group of us from Taiwan met again at the Frankfurt Book Fair. The Taiwan pavilion, organized by the Taiwan Creative Content Agency invited three dedicated rights representatives to promote books in the categories of fiction/non-fiction, manga/graphic novels, and children’s books. Books from Taiwan, a government initiative promoting literature from Taiwan (with each featured title accompanied by a sample English translation), also exhibited at the fair. Together, the rights team met with prospective editors and publishers from around the world to promote the latest titles, exchanging news and insights into the latest literary trends.

The most asked about books this year included I Am Not the Scaredy Cat (誰是膽小鬼) by Benrei Huang, who is a seasoned author-illustrator based in New York. This picture book depicts a young girl who picks up the courage to ask for what she wants in a traditional market shown in warm and earthy colors.

The award-winning (and best-selling) author-illustrator Bei Lynn updated one of her classic picture books, Let’s Pretend to Be Fish (假裝是魚), with revised illustrations and text. In this book, a celebration of children's imagination, a girl and her dog come across a whale puppy stranded on the grassland; how will they help him back into the ocean to unite with his mother? 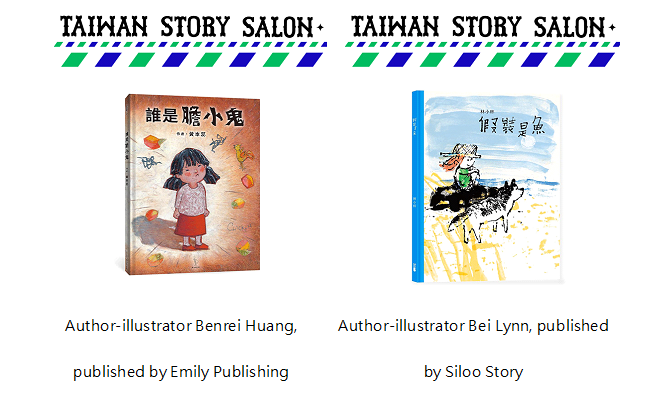 In the world of graphic novels and manga, Son of Formosa (來自清水的孩子) continued to gain momentum. This 4-volume series, based on a true story, depicts an innocent high-school student who was arrested and imprisoned during the martial law era. Since its publication in 2020, the series has received critical acclaim and has won numerous prizes. Interestingly, the particular Taiwanese historical context did not hinder its foreign rights sales; editions in French, German, Japanese, and Arabic have already been licensed, and two more are in negotiation.

Guardinne (守娘) is a manga set in early 20th century Taiwan in a deeply patriarchal society where a woman’s only value is her ability to provide male heirs. Mixing folk tales and religion, it portrays the struggles of these women and the beauty and tragedy of their lives. 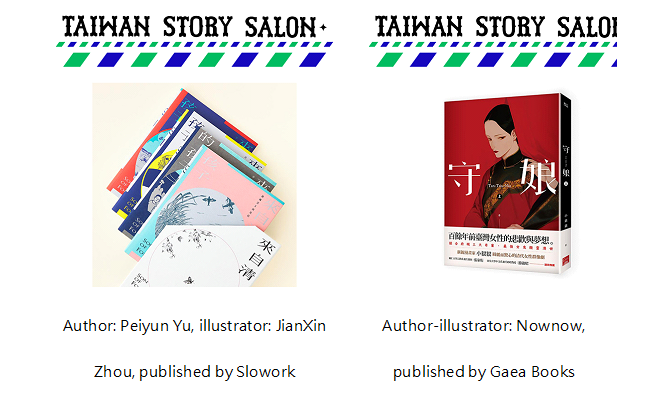 In adult fiction, the heart-warming Casey and his Gas Shop (卡西與他們的瓦斯店), set in rural Taiwan in the early 2000s (where many market vendors and households had no piped-in gas installed), was another favorite. After Casey starts delivering the gas, he begins to see the behind-closed-door relationships and social structures of this small town.

The last novel I’ll mention is Becoming Bunun (成為真正的人), a bildungsroman with the end of WWII as its backdrop that has been the recipient of numerous literary awards in Taiwan and Hong Kong. Kan Yao-Ming’s story focuses on the character of Halmut, telling of his early training as a hunter, the quiet discovery of his homosexuality, and his complicated relationship to a tribal identity. 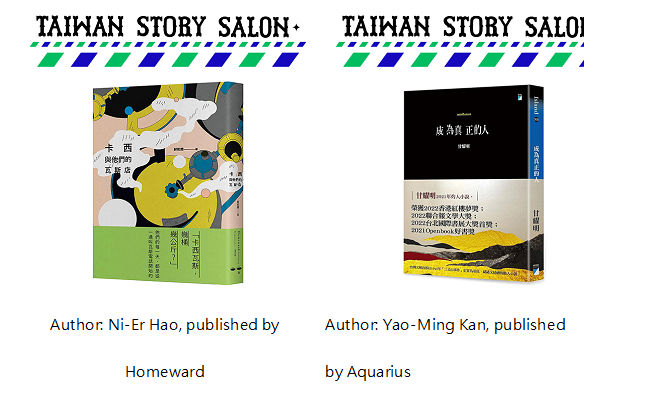 In addition to the rights team, three exemplary Taiwanese authors were invited to attend Frankfurt. Prior to the book fair they were already giving readings and participating in various events in Berlin. It was wonderful to join the conversation at Taiwan Story Salon with Porter Anderson from Publishing Perspectives; when asked about why anyone would write horror in our time of uncertainty and violence, the audience listened with interest to the young novelist Po-Ching Chen’s response. Chen, who drew on experiences of his early life, growing up during the dismantling of martial law in Taiwan, argued that the most terrifying horror story could only be created in a truly free world; when one is living under oppression, life itself is so full of fright that there’s no room for such fictions to exist.

Yi-Hsum Nathalie Chang, who in her writing explores gender, sex, and politics, talked about her memories of attending activist spaces in her youth; her focus on marginalized groups—among them refugees, children, women, and the LGBTQ community—is informed by Taiwan’s unique geopolitical position and the ongoing, ambient threat of war.

Animo Chen, the illustrator-author who has twice won the Bologna Ragazzi award, spoke of his book, Love Letter, which is written in the Taiwanese language. When asked about Taiwanese as a disappearing language, Animo said that all languages when unused will disappear, but even when a language dies there might remain an enduring linguistic trace. He suggested that one day, far in the future, someone might pick up his book and discover that a person once wrote a love letter in a beautiful, now-forgotten language; it was a heart-warming message tinged with melancholy that marked a perfect end to the panel discussion.

Over the course of the week, we were able to reconnect with old contacts and establish new relationships. Together, we exchanged important updates, discussed market fluctuations, and came up with novel ways to meet challenges. Between the ongoing war in Ukraine and our increasing political tension with China, Taiwan appears as slightly more in focus in many people’s minds. We sensed great warmth and support from the international community, and for that we are sincerely thankful. Our young democracy has fostered some incredible thinkers and authors, and we look forward to introducing more works from them to a global audience. However, we also need to get used to the return of a busy schedule, and the mountain-like pile of follow-ups that accompany the end of each book fair. With that in mind, Taiwan Pavilion will exhibit at the Guadalajara Book Fair at the end of this month; we can’t wait to see you there! 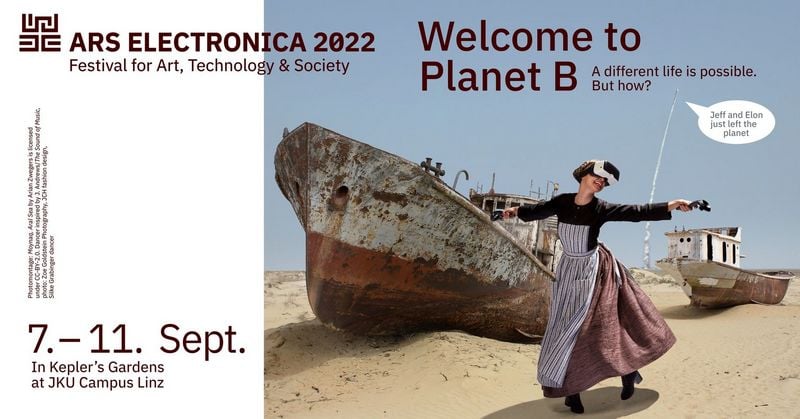 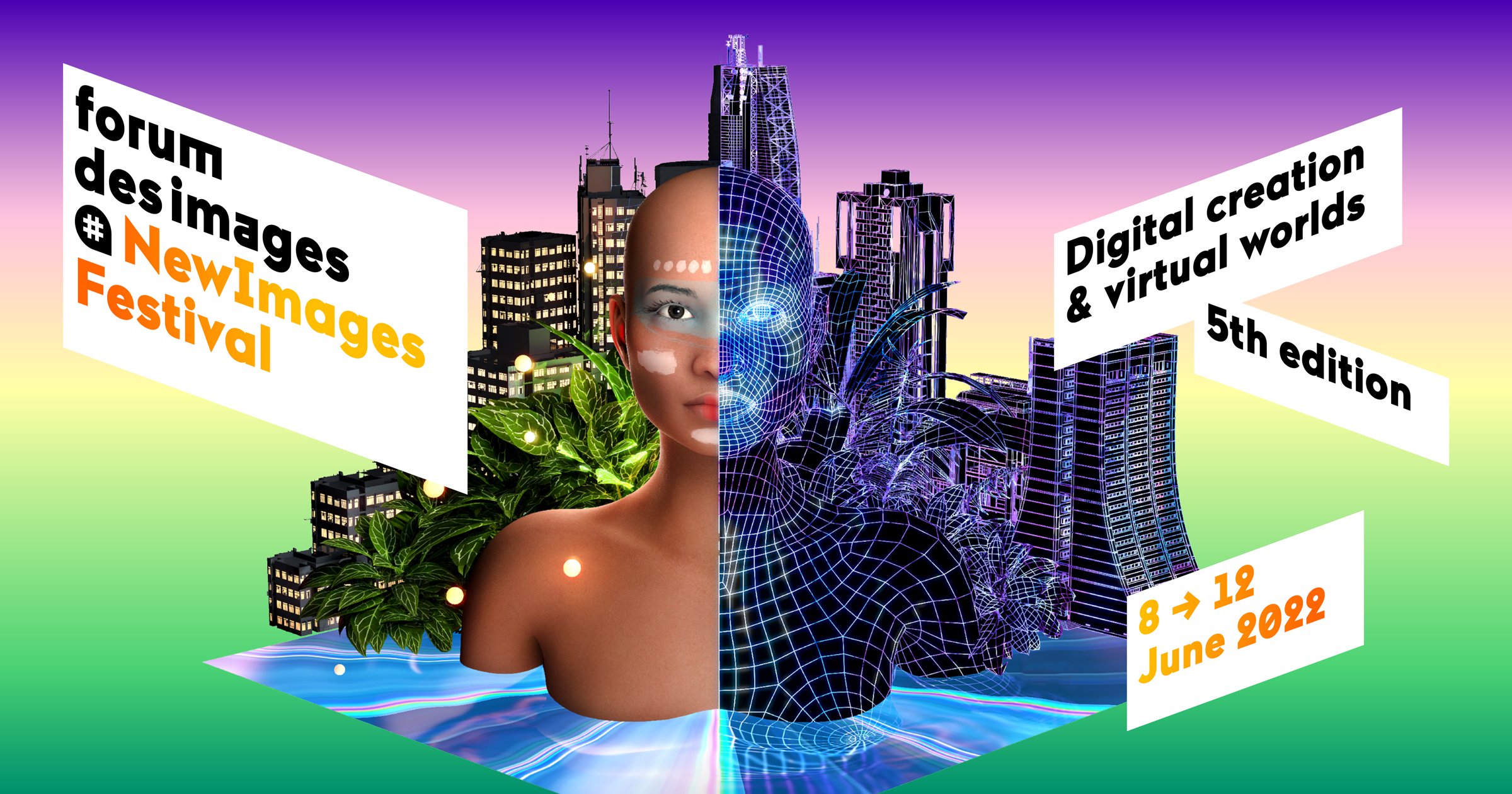 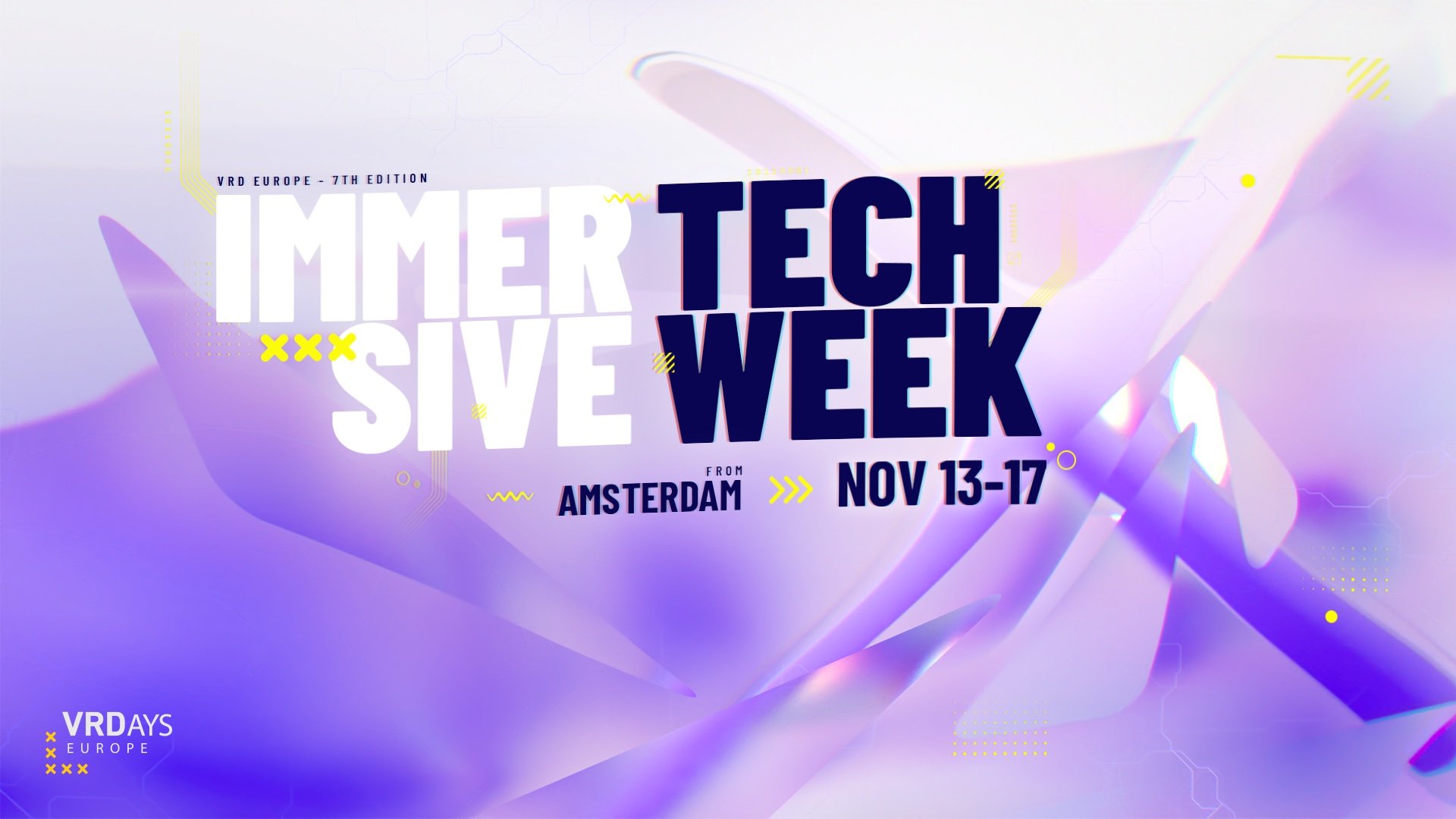 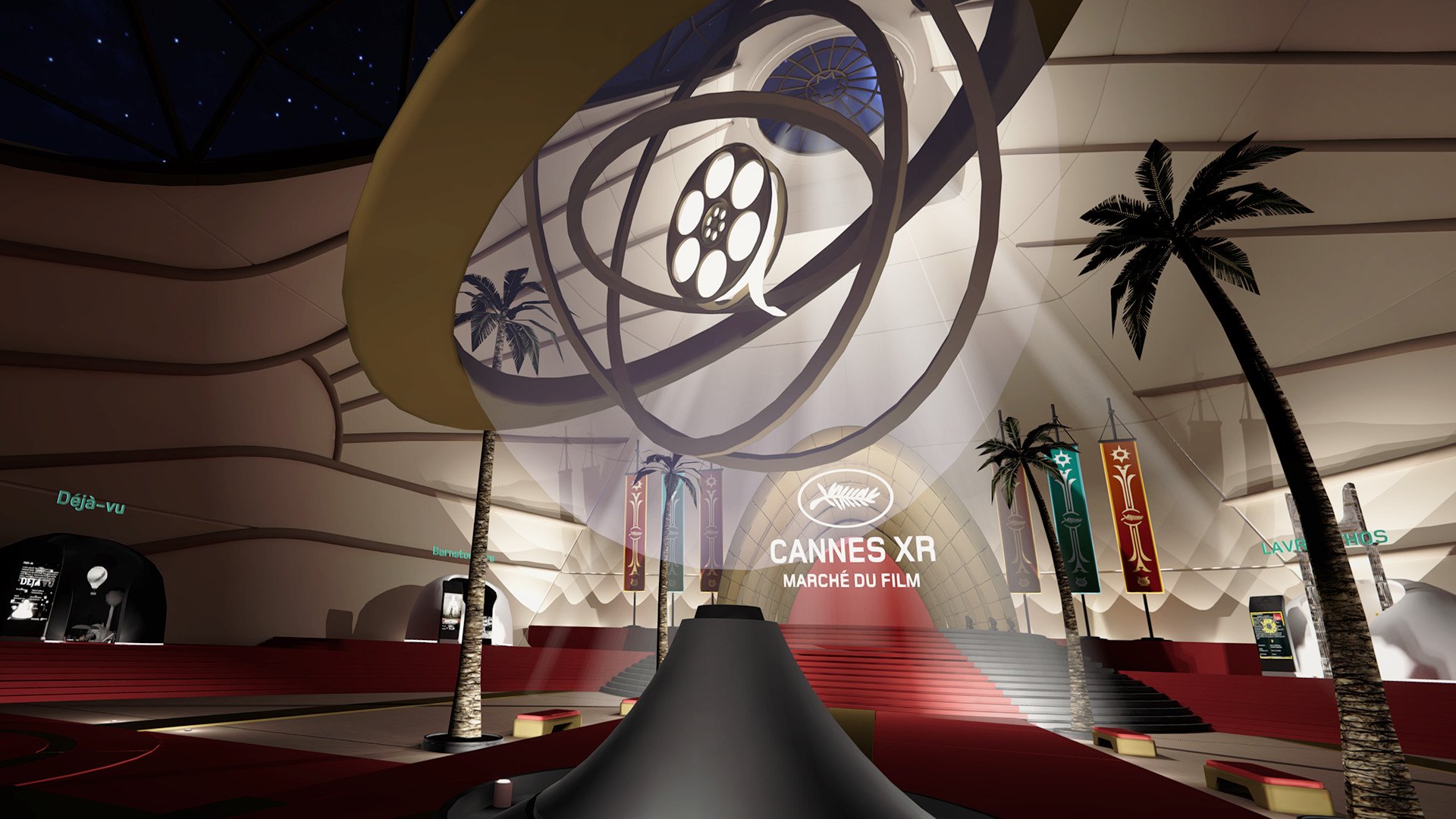 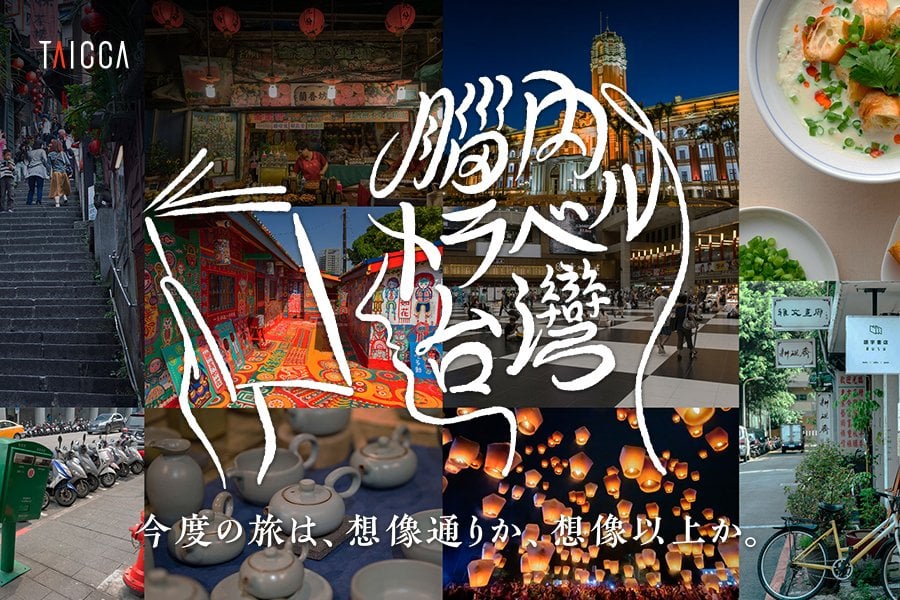 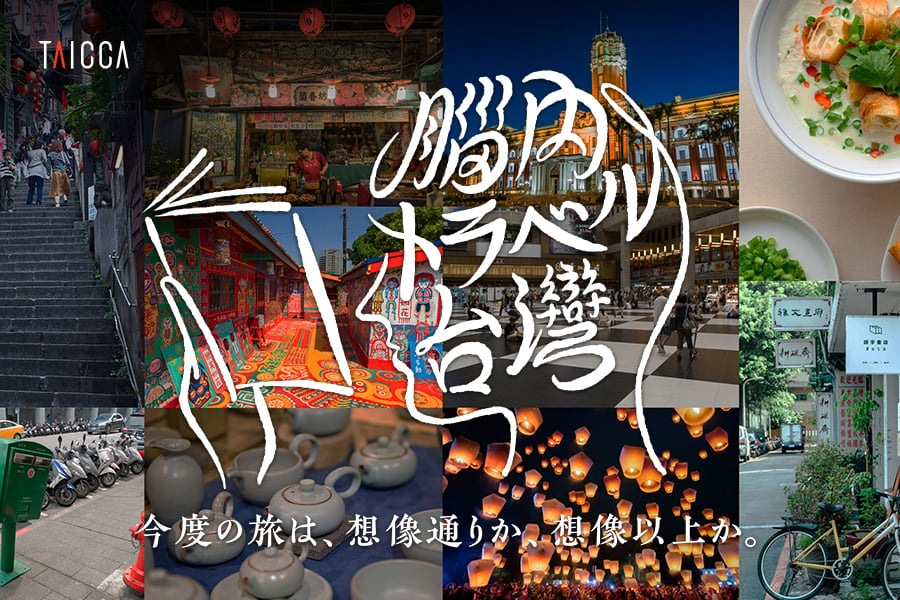