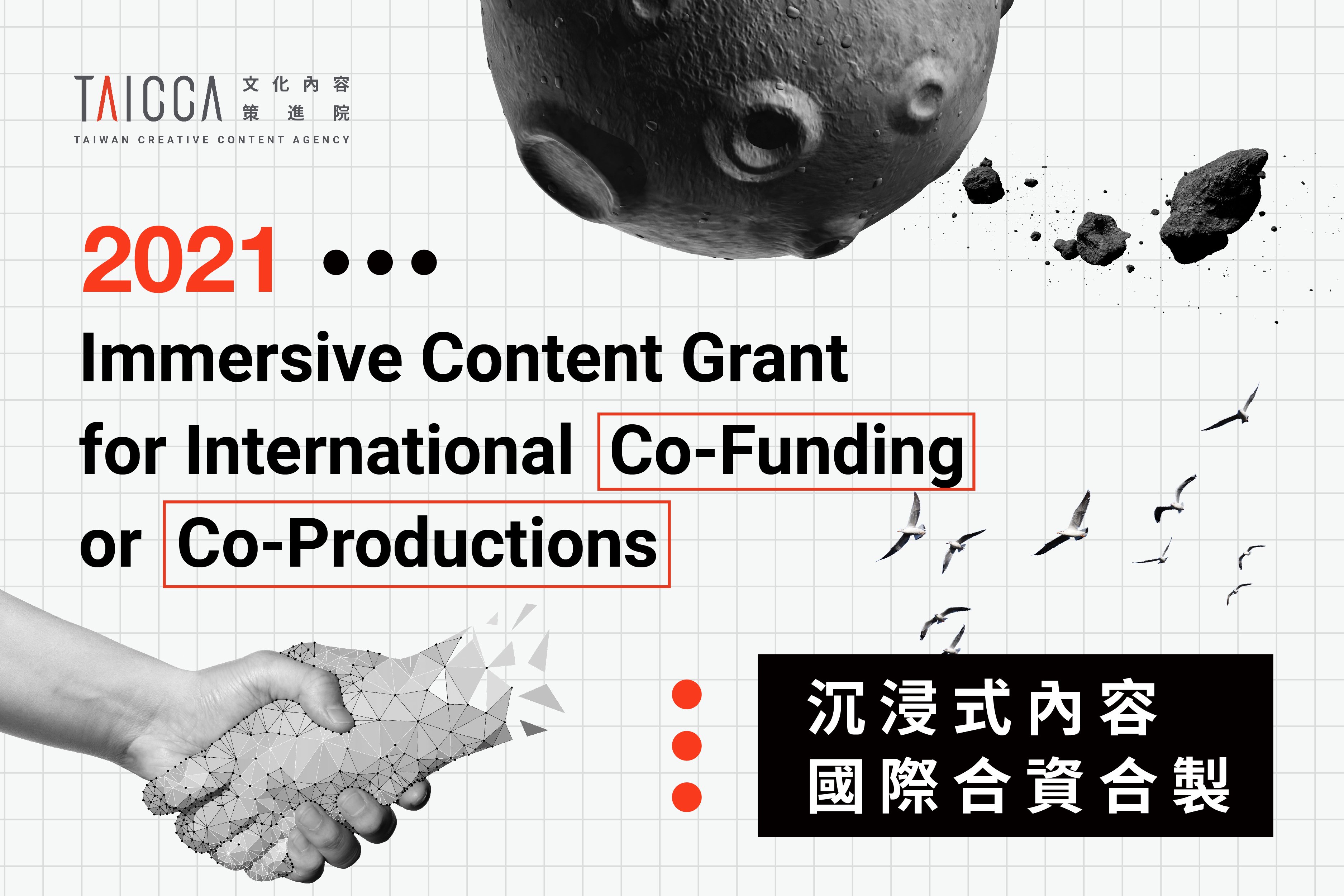 The Taiwan Creative Content Agency (TAICCA) announced on May 17th the recipients of the 2021 Immersive Content Grant for International Co-Funding or Co-Productions. Among 27 works from the US, Sweden, Taiwan, and all over the world entered, six were selected as the recipients by nine international juries. The recipients will each receive from NT $2.8 million to 3.5 million in production grants and are expected to complete within one year.

"The second year of the Immersive Content Grant continued the goal of encouraging the XR industry to explore new mediums and new forms for storytelling,” stated Chairperson TING. “This year, we expanded the categories to include Performative, Narrative, and Interactive categories, hoping to maintain Taiwan’s advantage and strength in the future content industry internationally by encouraging more cross-domain creativity. Even though the pandemic worsens in Taiwan, we are hopeful that each project will complete its production in time with TAICCA’s help.”

The international jury panel is led by TAICCA Vice President Alice CHANG, inviting XR industry experts from Canada, France, the Netherlands, the US, and the UK to select the works with the most potential from an international perspective. *(See the full list of juries below).

Vice President CHANG said, "We saw many new and creative attempts in this year’s proposals from domestic and international teams, such as immersive experience designed with sound effects and smells, or the re-imagination of existing artistic content through VR, AR, and 5G technologies.”

One of the international juries, Michel REILHAC (Head of Studies at the Venice Biennale College), added that the diversity of this year’s submitted works was an indication to Taiwan’s immersive content creation and its acceleration of technology towards richer and broader applications. “We (international juries) are looking forward to seeing Taiwan's XR industry to further integrate with the international market through co-production and other future content-related programs by TAICCA,” said Relihac.

TAICCA will continue the efforts to support Taiwan’s XR industry through networking and other content development programs. Visit TAICCA’s official site for more details on the Immersive Content Grant for International  Co-Funding and Co-Production, and the official announcement of this year’s selected projects.

Untitled Baobab Project is a humorous and delightful arcade game with deep strategy elements. Inspired by the award-winning world established by Baobab Studios in the Invasion! and Asteroids! franchise, Taiwan's Lyra VR is bringing its creativity and technical prowess in immersive content to bring this new storyline and game to life.

“Surveilled Dream” is directed by the well-known VR director from Taiwan, Huang Hsin-Chien, and in collaboration with the French electronic music pioneer, Jean-Michel Jarre. The story is inspired by the concept of “surveillance”, leading audience to explore the historic background and the form of development of surveillance. By understanding how deeply this concept is rooted in human society, the story helps audiences reflect on the deeper meaning behind the original concept, then makes it possible for them to escape the constraints that surveillance deploys.

Formosan Harmony is a fantasy-driven immersive show filled with magic, wonder, and the struggle for balance between humans and nature, containing a theme relatable across all audiences while highlighting Taiwanese culture and ecology throughout the adventure.  Directed by former Walt Disney Imagineer, Dolce Wang, and produced by MoonShine Animation, Formosan Harmony will be released in the team’s newly created “Moondream Reality” venue.  The space leverages Taiwan’s most advanced technical systems – combining immersive projection, sensors, Microsoft’s HoloLens augmented reality headsets, Dolby surround-sound mixed with onboard binaural audio, and more – to truly transform the guests into the heroes of our enchanted story.

"Virtual Reality Gallery" is an immersive interactive art gallery platform developed with real-time 3D technology. Many works of the internationally renowned illustrator Yoshitaka Amano are re-modeled and interpreted by 3D artists and digital visual experts. The flat paintings are made three-dimensional, immersive, and interactive, allowing users to view and interact with the paintings from multiple angles through the VR device.

In this series of 10 animated documentary shorts in augmented reality for smartphones and tablets, we look at how money governs our lives, and what people all over the world, from Asia to Europe and North America, are ready to do to get their hands on it. The series aims at promoting AR documentaries on social media using new functionalities to show that AR projects can reach a wider audience and find success on a scale not yet seen.