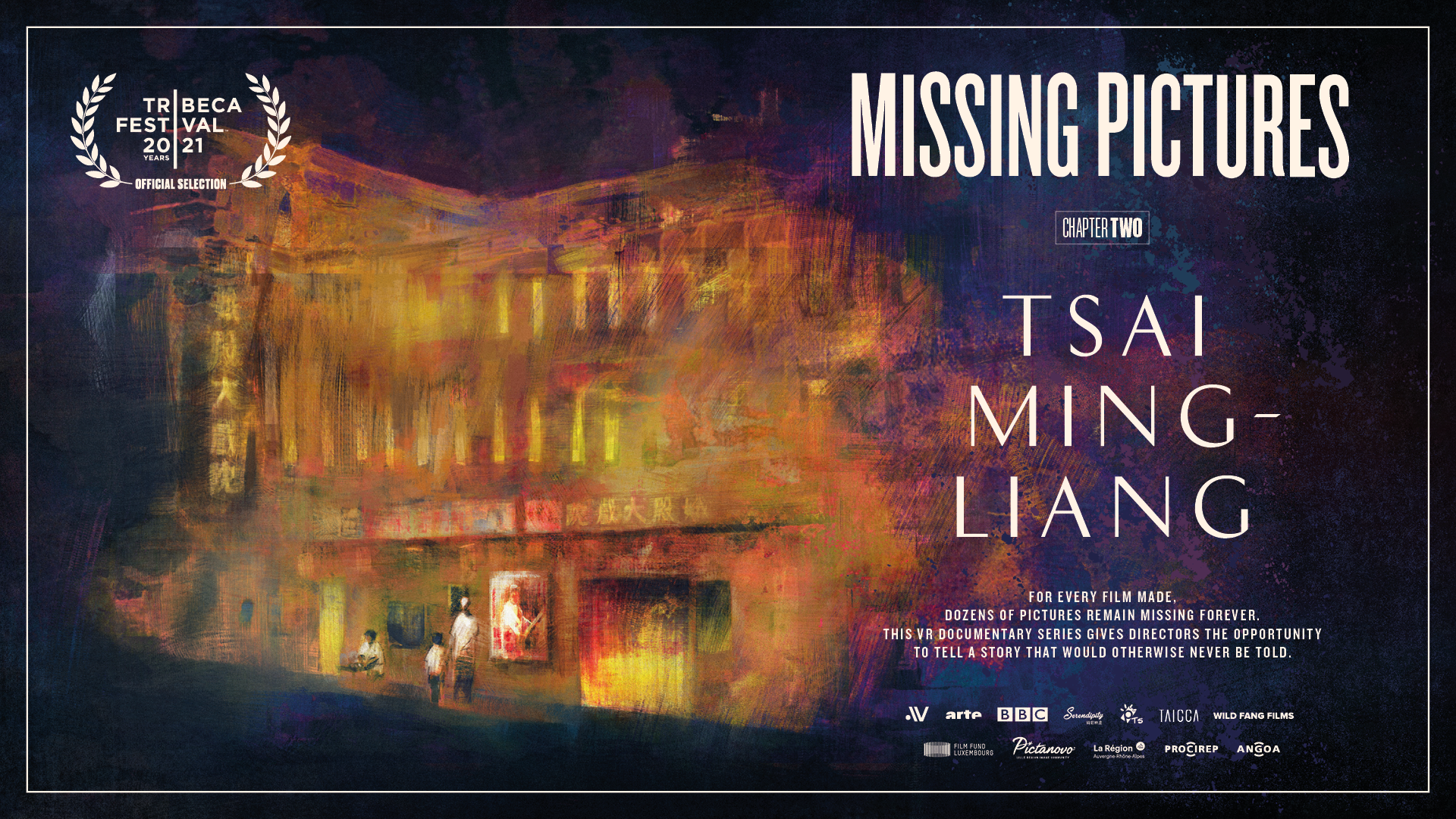 "Missing Pictures Episode 2: Tsai Ming-Liang," (大師狂想曲：蔡明亮) has been selected into Tribeca Film Festival's immersive film section, Virtual Arcade. The announcement was made on April 28th and the film will represent Taiwan to compete in the Best Immersive Narrative and Best Creative Nonfiction Experience categories.

The nominated film "Missing Pictures Episode 2: Tsai Ming-Liang” is the second installment in a series of six documentary shorts by French filmmaker Clément DENEUX, with the nominated episode being co-directed by Taiwanese filmmaker LAI Kuan-Yuan (賴冠源). The film is a multinational co-production by Taiwan, France, the UK, and Luxembourg, and co-produced by Serendipity (TW), ATLAS V (FR), ARTE, BBC, Wild Fang Films (Lux) and Taiwan Public Television Service (PTS), with the support of TAICCA. It received the 2020 TAICCA Immersive Content Grant for International Co-funding or Co-Productions, which will premiere in June at Tribeca Immersive section.

TAICCA Chairperson TING Hsiao-Ching is delighted that one of the first immersive content works supported by TAICCA is selected for an international film festival competition. She congratulates the nominated team on this global recognition and hopes it will lead to more recognition of Taiwanese creative content and co-production projects.

The "Missing Pictures'' series centers around six international master directors and reveals the unknown and unfulfilled stories behind each director’s creative journeys. Episode 2 invites director TSAI Ming-Liang to share childhood stories that had a profound influence on his creative filmmaking process. Director TSAI is quoted as saying “I am very happy that this second episode has been selected. The biggest difference between my other VR production, “The Deserted (家在蘭若寺),” is that I am now in front of the camera instead of being behind it. I shared my story and my body as assets for the story. Through the delicate production and visual technology, I am still a little nervous about the final look but hope it turns out to be the great project I think it can.”

“Since TAICCA’s establishment, we see immersive content as a key industry for development,” TING pointed out. “It is wonderful to see Immersive Content Grant recipients enter competitions and deliver outstanding performances on the global stage. We hope this opportunity will encourage more international co-production and co-funding projects for more amazing Taiwanese content to be seen worldwide.”