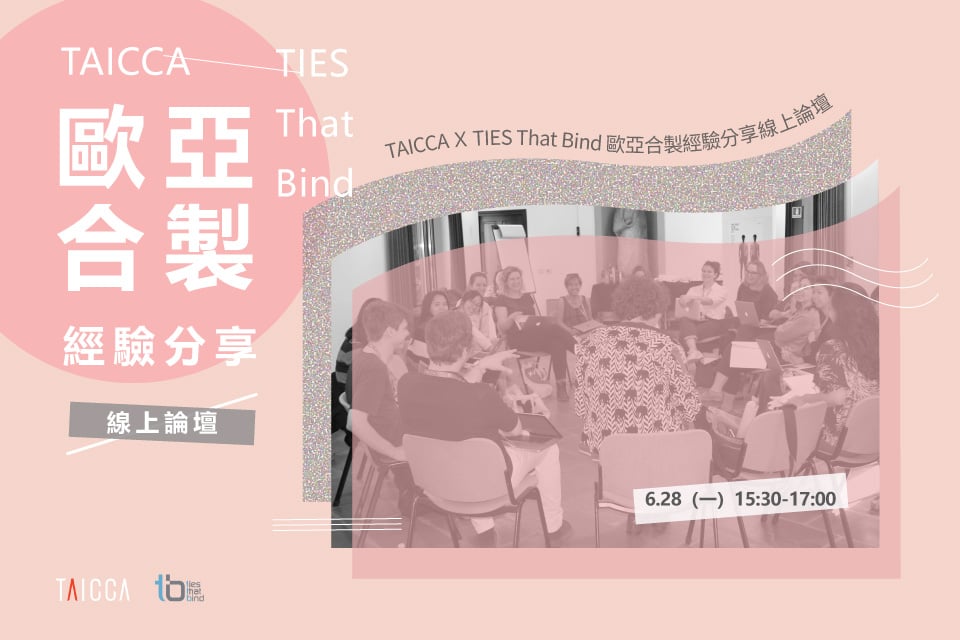 To promote co-production opportunities between Taiwanese and European film and television industries, the Taiwan Creative Content Agency (TAICCA) is cooperating with the European Audiovisual Entrepreneurs (EAVE) for an international co-funding and co-production talent training program, “TAICCA x Ties That Bind Webinar on Opportunities of Co-production with Europe,” during the Udine Far East Film Festival on June 28th.

The “TAICCA x  Ties That Bind” webinar will be part of the film festival’s Focus Asia event and is open for registration on TAICCA School’s official website. The agency and EAVE will also co-host the “TAICCA School x Ties That Bind Workshop @ Taipei” in November, creating more opportunities between Taiwan and European film and TV talents.

EAVE has long promoted European and international co-production training programs, One of their programs, “Ties That Bind” (TTB), focuses on co-productions of Europe and Asia and hosts international workshops for film and TV industries each year. In Asia, EAVE has hosted workshops at the Busan International Film Festival, and Southeast Asia Film Finance Forum in Singapore. "TAICCA SCHOOL x EAVE TTB” in November will be its third stop in Asia.

The TAICCA x Ties That Bind webinar on Opportunities of Co-production with Europe will be hosted by TTB Director and French producer Christophe BRUNCHER. Producers Stefano CENTINI (陳璽文), Vincent WANG (王琮), and the director of French production company Zobra Films Guillaume De La BOULAYE are also invited to talk about co-production benefits and challenges in Taiwan, Asia, and Europe.

To register for the “TAICCA x Ties That Bind Webinar on Opportunities of Co-production with Europe,” please visit https://school.taicca.tw/civicrm/event/info?reset=1&id=122