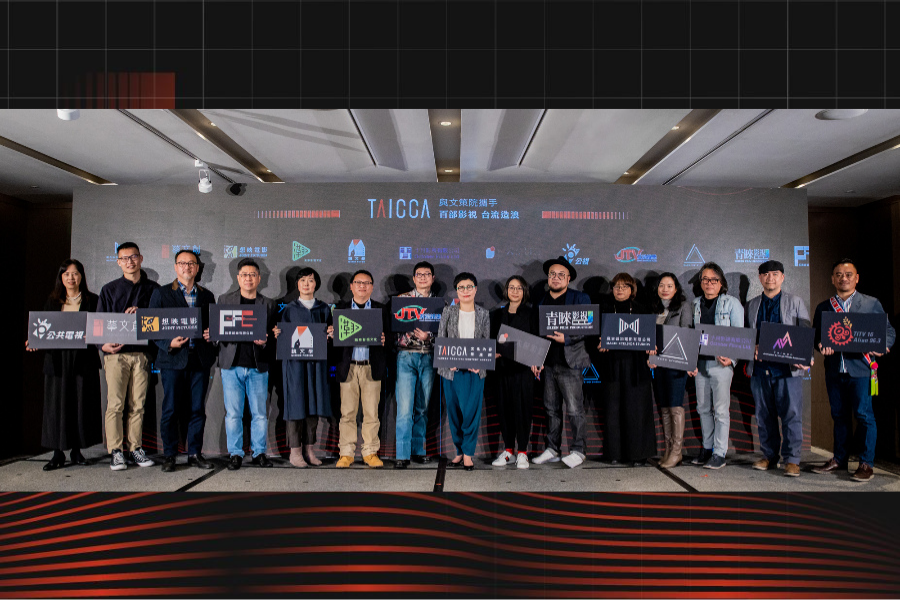 Taiwanese films and TV series had an outstanding year in 2020, receiving not only local popularity but also international recognition. The newfound attention of Taiwan’s film and TV content was made possible by the rise of OTT platforms, suggesting an opportune moment to enter the international market.

TAICCA have signed Memorandums of Understanding (MoUs) with these new partners to support their projects. The goal is to increase Taiwanese original content’s production capacity and to encourage international collaboration to solve the four main pain points of the industry: insufficient production volume, low international market share, lack of confidence in cultural content investment, and insufficient recognition of Taiwan’s national cultural brand.

The first group of partners includes Taiwan’s film, TV,  documentary, and animation industries. TAICCA chairperson Hsiao-Ching TING thanked everyone for participating in this historic moment as Taiwan announced to the world that “We are ready. Here comes the Taiwanese cultural wave!” Honored guests in attendance include production company executives, as well as directors and producers, each as a valued partner in TAICCA’s mechanism to increase content production.

The Screenplay Development Fund focuses on early-stage content development were adapted or original content chosen by TAICCA partners can receive funding for field research fees and text adaptation authorization fees if the project has Taiwanese elements.

The Taiwan’s International Co-funding Program (TICP) aims to increase the international market presence for Taiwanese original creative content, such as feature films, documentaries, TV series, and animation. Projects which have 70% self-funding secured and with Taiwanese elements are qualified to receive funding support up to 30% of the production budget or 30% of the global sales & marketing budget.

TING emphasized that TAICCA’s mission was to create a global Taiwanese cultural wave and to increase Taiwan’s visibility internationally. With 14 TAICCA partners on board and many more in discussions, all building up a global Taiwanese Wave.

TAICCA also welcomed industry players to join as TAICCA partners if their projects have Taiwanese elements, or if they are international distribution channels, content development intermediary organizations, OTT platforms, or organizers of international TV and film pitching sessions, etc.

President Tsai Ing-wen recently announced the government’s full support of the film and television industry in Taiwan, and that TAICCA’s establishment is to consolidate the power of government and private-sector to create high-quality works. Taiwan has a wealth of cultural content, with the efforts of the film and TV industry backed by TAICCA, Tsai wished for TAICCA to achieve  "completing the content industry support system and advancement strategy in one year, and increasing cultural content production in three years” and is optimistic for when Taiwanese Wave takes the world by a storm.