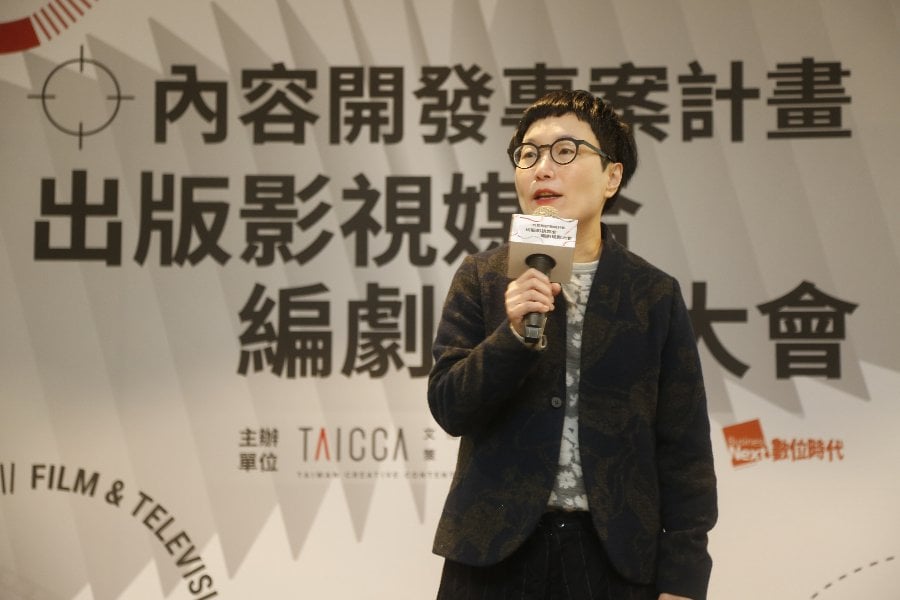 The Taiwan Creative Content Agency hosted the “Book-to-Screen Adaptation: Screenplay Pitching Session” on Jan. 27th, a plan within the content development program to increase the volume of original content through IP adaptation. More than 40 film or TV investors/filmmakers listened to adapted screenplay pitches from 39 screenwriter teams. The pitching session was met with great enthusiasm from all participants, together, paving the first mile for more of Taiwan's original film and television adaptations.

The pitching session was filled with excitement from both screenwriter teams and filmmakers. The teams made good use of character immersion and atmosphere-building skills to bring their visions to life and answered questions about story background and character profile from investors/filmmakers.

The adapted texts this time include multiple genres such as mystery, women’s issues, occupational stories, children’s books, same-sex marriages, and more. Several texts were adapted simultaneously by different teams, each sought to win the favor of investors and filmmakers - a testament to the unlimited original creativity in Taiwan’s content development.

Ahead of the pitching session, TAICCA invited director YEE Chin-Yen to give a lecture to the screenwriter teams. YEE used his 2020 animated film City of Lost Thing (廢棄之城) as an example to explain elements of a good screenplay and the decision-making factors of investors and filmmakers.

In addition, TAICCA provides online courses for screenwriter teams, including tips on pitching and presentation as well as experiences shared by expert producers, hoping to help teams increase their chances to impress investors or filmmakers.

Starting from July 2020, TAICCA launched the open call for original texts to be adapted into screenplays and established a database of excellent text IPs in Taiwan. The open call encouraged collaboration between screenwriters while strengthening the connection between the publishing and the film and television industries, to develop a cultural content ecosystem with diverse styles and marketing possibilities. Currently, 350 works have been submitted for investors and filmmakers to select based on market demand, and screenwriters can transform these great IPs into their proposals with market potential.

With more experienced screenwriters participating in the session, more text IPs with market potential can be directly adapted into film and TV projects, inspiring the imagination of book-to-screen adaptation within investors and filmmakers.

TAICCA will also continue to gather insights on what motivates investors to conduct the next stage of the matchmaking service between copyright owners, screenwriters, and investors/filmmakers.