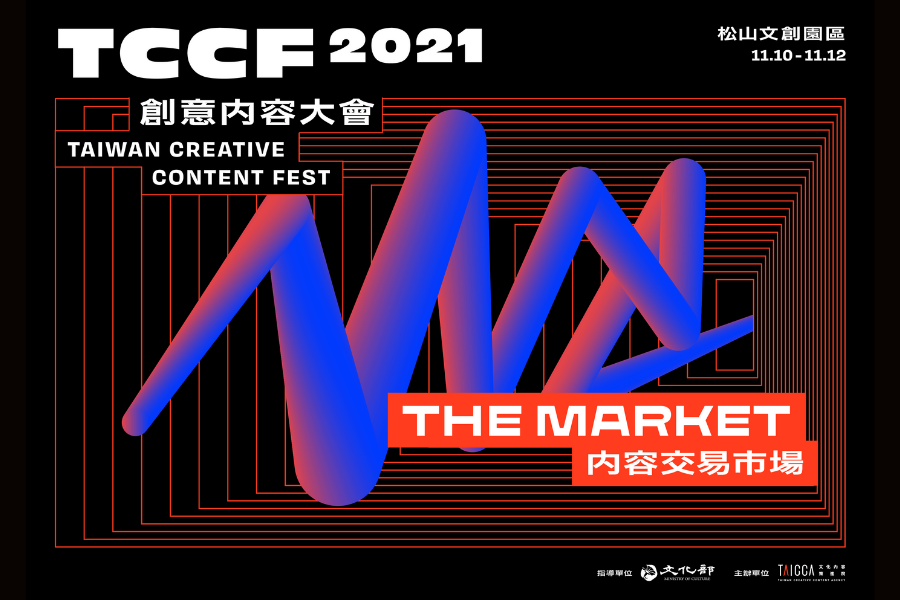 TCCF is Taiwan’s first content market event organized by the Taiwan Creative Content Agency (TAICCA) that integrates various industries and content, and contributes to the film and TV industry’s copyright deals and production proposals, at the same time encouraging adaptations of intellectual property (IP) across industries to build a one-stop IP industry.

As a response to the pandemic, this year’s event will have market matching and transactions, ​​OTT  services, and immersive  content to be conducted both online and in-person and will be launching three main events: “The Market,” “The Forum,” and “The Expo.” Domestic and international buyers are invited to participate, as well as the public, to experience Taiwan’s extremely innovative immersive content.

TAICCA CEO Izero LEE believes that Taiwan’s diverse cultures and history allow the island to cultivate creations that not only perform well in major exhibitions overseas but also attract international investors, including HBO and Netflix, to co-produce content in Taiwan. Multiple examples prove that Taiwanese projects have begun to receive attention from the global market. In order to process this “Taiwan wave” into monetary value, the Taiwan Creative Content Fest, with the cultural content trade market at its heart, has become an important medium.

According to data from last year’s TCCF content market, Sanlih E-Television’s shows “Here Comes Fortune Star'' and “Mother to Be'' had their copyrights sold to Malaysia, and TVBS’s show “Magic Moment'' had its international copyrights sold to iQiyi International, while the TV show “Dear Bad Guy”《親愛壞蛋》 received investment from a Hollywood production company, and Creative Century’s “CODE” series’ content copyrights were sold to South Korea’s ELEVEN Entertainment Company. All show Taiwanese productions are diverse and are popular in different countries.

Something to look forward to is this year’s TCCF will hold seven additional pitching and showcases, each with a specialized theme and geared towards genres like TV series, feature films, animation, children and young adult, LGBTQ, etc., to guide investors in discovering the subjects they have in mind. As to broaden the adaptation and use of Taiwan’s original manuscripts and comics, TAICCA has launched an IP Meetup platform where buyers can search for publications for TV, film, and other content adaptation, opening up Taiwan’s original content to the international market.

Over 130 groups of local and international companies and content creators will be attending this year’s event, with over 800 works), and another 60 proposals will be participating in matchmaking events, a number much higher than last year. LEE  hopes that TAICCA not only promotes each creative content industry but also encourages cross-industry integration and networking. More information on the Taiwan Creative Content Fest can be found on https://tccf.taicca.tw/