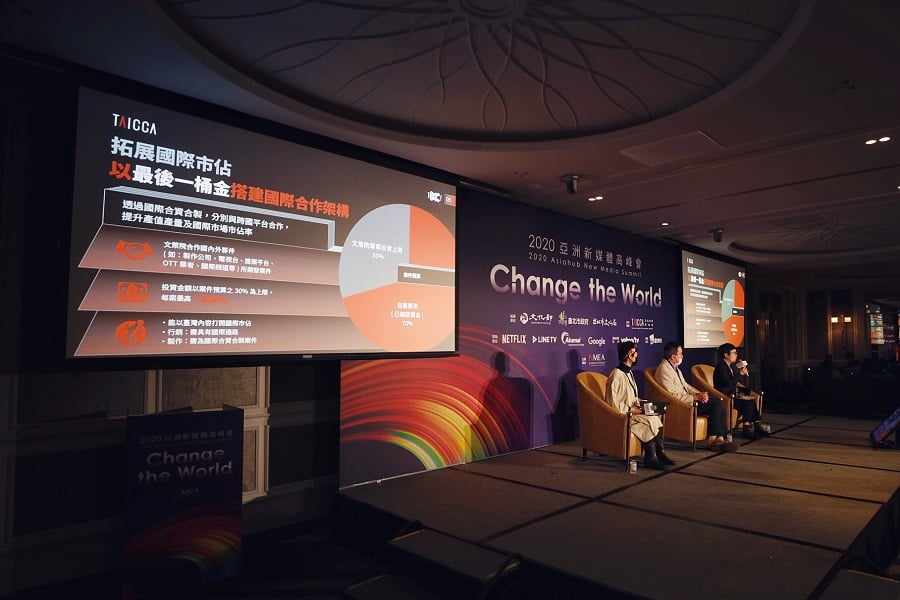 The New Media Entertainment Association (NMEA) kicked off the 2020 Asiahub New Media Summit on December 21st, inviting the Chairperson of the Taiwan Creative Content Agency (TAICCA) to speak during the opening ceremony and host an industry panel. 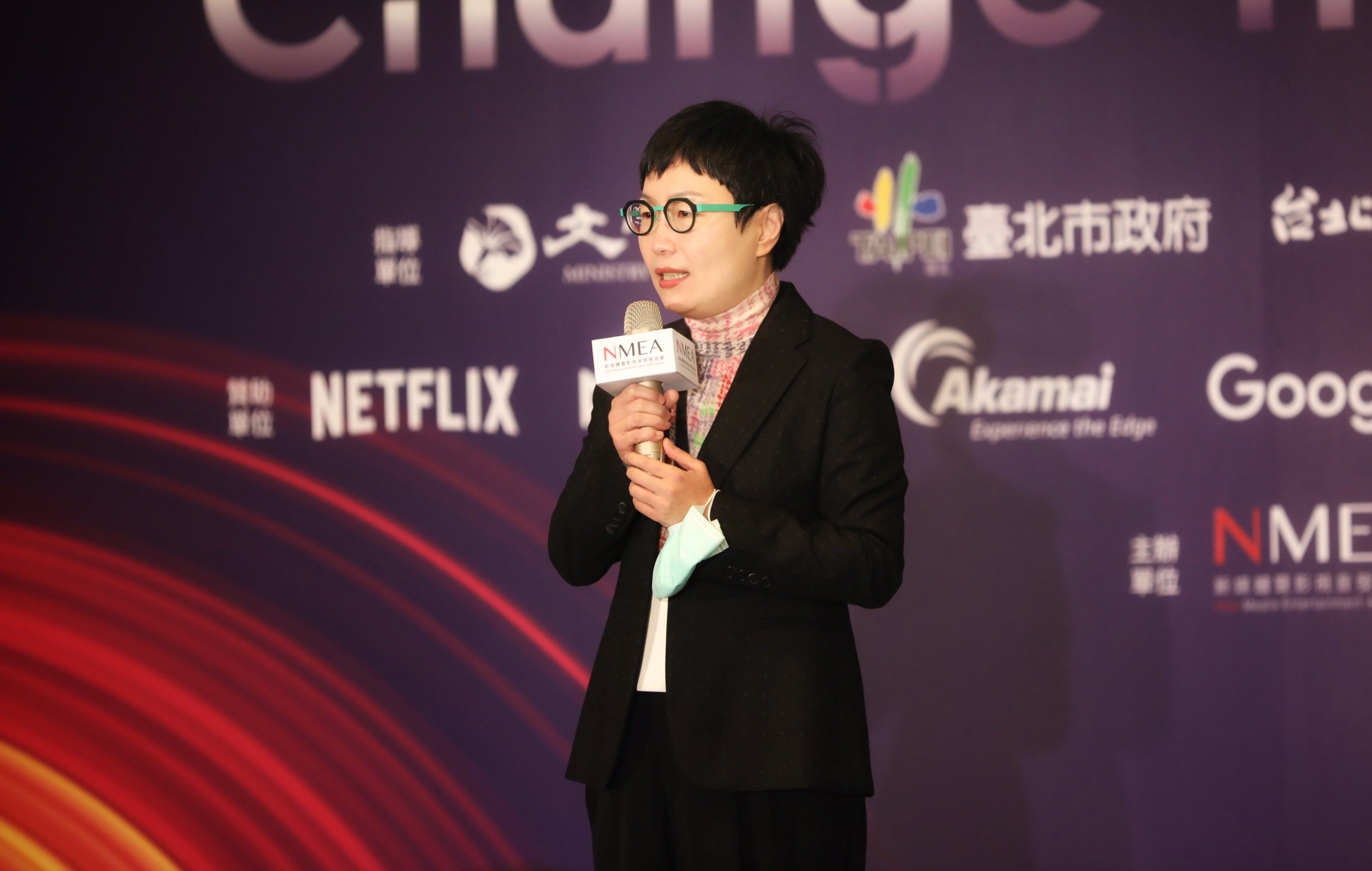 Chairperson Hsiao-Ching TING shared during her opening remarks that the goal of TAICCA is to integrate cross-discipline resources to assist the industry to increase content production and enter the international market. TING added that, “With the pandemic changing the world and the industry, TAICCA has continued our efforts in connecting resources and exchanging ideas with the industry. We will be alongside everyone to create a new future for Taiwan’s content.”

The industry conference titled “From the First Mile to the Last Stage - How TAICCA Can Be Your Best Partner for International Productions,” hosted by Chairperson TING, invited various panelists from different content industries sectors, including film and TV, international OTT, and ACG industries to share insights and experiences in working with TAICCA to upgrade Taiwan’s content industry.

The conference panelists include Jay LIN, founder and CEO of Portico Media and GagaOOLala; Jewel LAI, the producer of Dot Connect Studio and the movie, Out of The Blue (我的意外女兒); Chun-Chieh HUANG, the Secretary-General of the Animation and Visual Effects Association; as well as Chun-Wei PAN, the Social Director of Bahamut, the largest ACG online community in Taiwan.

During the conference, TING pointed out that TAICCA’s “International Joint Venture and Co-production Last Stage Program” (國際合資合製最後一桶金激勵方案) hoped to deliver outstanding stories to the international market through joint ventures and increase market shares of Taiwan’s cultural content. The main purpose of this program was to seek industry partners in distribution channels, international pitching opportunities, OTT platforms, or productions companies etc., to sign Memorandums of Understanding (MoUs) like TAICCA did with Golden Horse FPP and GagaOOLala.

Jewel LAI shared her experience in entering her Golden Horse FPP Series award-winning project Out of The Blue in TAICCA’s international matchmaking sessions. LAI described overwhelming interests by international buyers as “Cinderella being chased by multiple princes at the ball.” She emphasized that TAICCA’s mechanisms and programs could help market-test a project’s IP and thanked TAICCA for connecting her with partners and resources that turned her dreams into reality.

Speaking on the impact of the pandemic, Jay LIN observed that, “Since TAICCA’s establishment and the global pandemic affecting productions, many people want to come to Taiwan to film and look for potential partnerships. With the more relaxed restriction on projects having Taiwanese cultural elements, it allows Taiwanese creative talents to make more interesting projects with foreign teams.”

For the second half of the conference, Chun-Chieh HUANG said that the ACG industry lacked an interdisciplinary organization in scale. However, within a year since TAICCA was established, the Animation and Visual Effects Association gained 26 new corporate company members and over 100 special effects companies joined the association. Through the Taiwan Creative Content Festival (TCCF) ACG pitching session in November, it opened up a cross-discipline conversation between Taiwan’s animation industries, sparking more interests from investors for future opportunities.

Chun-Wei PAN shared that Bahamut, the largest gaming community in Taiwan, had been hosting ACG creative competition for the past decade. Each year, the number of submissions increased, with students submitting impressive works. Yet, they were often unable to make their way into the industry. PAN was glad that the government had taken notice of ACG content development and that TAICCA had not only set up an award for the Bahamut annual competition but also helped the gaming creators find better opportunities.

At the end of the conference, chairperson TING reiterated that Taiwan has many young talents and called out to all creators to utilize the stage that TAICCA has built to launch more talented creators, stories, and Taiwanese creative content into the international market.