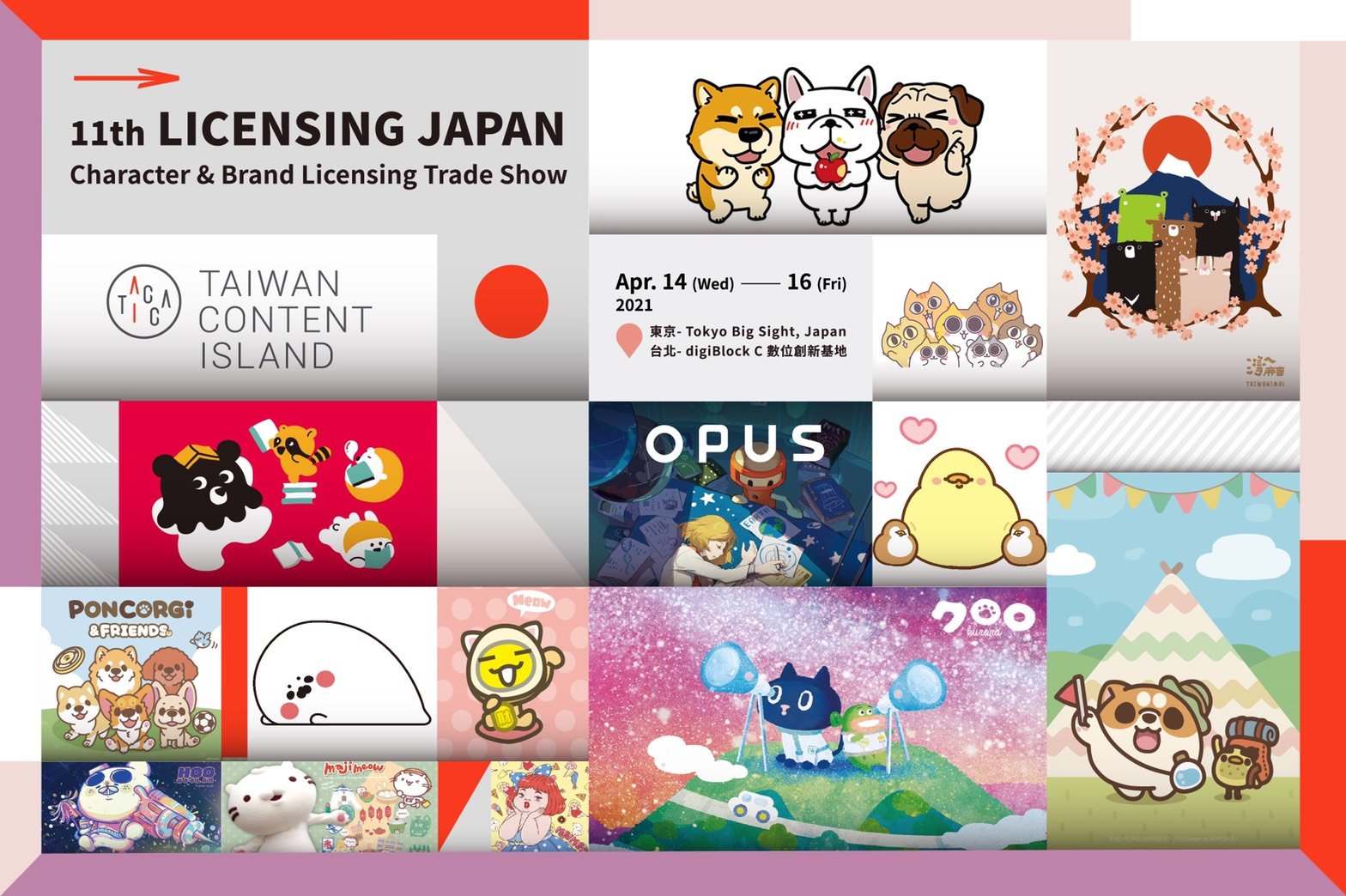 Ten of the character IPs representing Taiwan this year were selected by an international jury as part of the MoU partnership signed between TAICCA and CBLA last year. TAICCA also invited four character IPs popular amongst Taiwanese LINE users to join this year’s line up.

CBLA Executive Director Mr. Rikugawa and the jury panel commented on the diverse style of the selected works. “In terms of the character world view, the Taiwanese works are very amazing!" said Rikugawa.

According to the 2020 report from  LINE TaiwanStore, the top ten Taiwanese LINE STICKER creators averaged NT$200 million in cumulative sales, with the top give reaching as high as NT$290 million. The statistics indicate strong business potentials and opportunities for Taiwanese character IP creators. In light of these successes, TAICCA invites LINE STICKER to recommend creators with outstanding sticker collections to participate in this year’s exhibition, including DOCA, SINKCOMIC, FoodieG, and The Nothing Seal.

According to LINE STICKER, the platform has accumulated more than 450,000 creators and has developed a scaling and thriving creative ecosystem. It looks forward to cooperating with TAICCA to enter the Japanese market promoting more original Taiwanese character IPs.