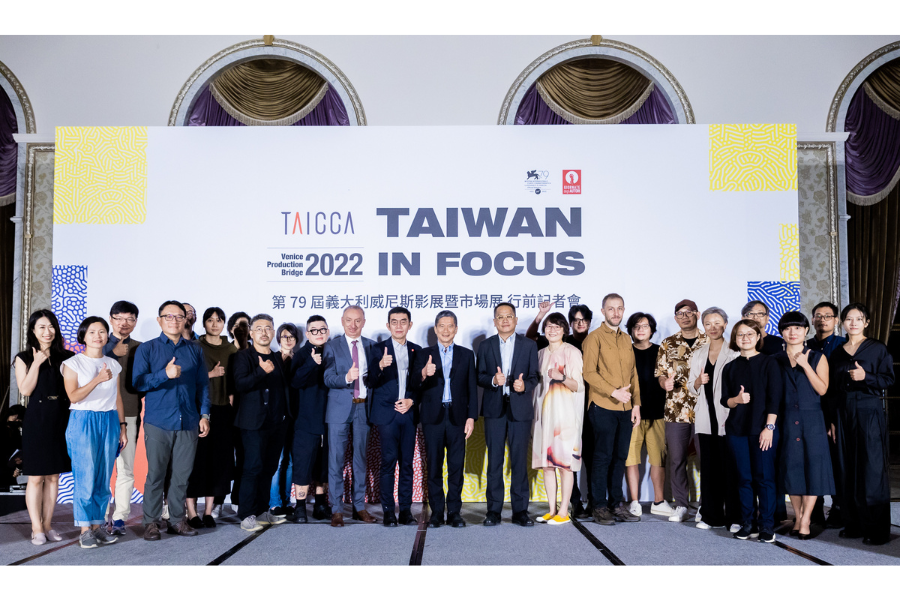 As film world delegates arrive in Venice this year, it will be hard not to notice Taiwan everywhere they turn. At a press conference just ahead of next week’s Biennale Cinema opening, by the leading body Taiwan Creative Content Agency (TAICCA), the focus was not only on directors, actors and producers but also editors, Foley artists, VFX specialists, publishers, theater owners and creative directors of tech companies who all took the stage to make their presence felt.

This year Taiwan will bring one restored film to Venice Classics, two co-produced new titles selected for the Orrizonti and Venice Day, and three works chosen by Venice Immersive Competition. Away from the public audiences Taiwan’s industry will feature as a Venice Production Bridge (VPB) in Focus. Vying for interest from international collaborators are five feature films, two of which Taiwan is the minor producing partner, and four immersive projects, all invited to the industry platform. Three publishers also join the Book Adaptation Rights Market, while two panels on accessing Taiwan’s International Co-Financing Program (TICP) and its XR industry add extra flare to its physical and virtual market outreach.

TAICCA’s CEO Izero Lee stressed that the invitation from Venice, the prestigious A-list film festival, to Taiwan as a Country in Focus not only affirms the quality of Taiwan’s work and demonstrates its broad range of skills, it also underlines Taiwan’s strength and capability to collaborate internationally. TAICCA’s emphasis on presenting Taiwan as a co-production partner is showcased in the first results of its financing scheme TICP, For My Country and The Last Queen. With its market pavilion and industry panels during Venice TAICCA aims to shape the image of Taiwan being a global player in cultural content. Taiwan will make a strong stride from the position of production support and gain more visibility on the world stage for its bodies of creative works.

Taiwan’s long cinema pedigree will be highlighted with the screening of the late, great Edward Yang’s A Confucian Confusion at Venice Classics. The restoration work of this rarely shown film was carried out solely by Taiwan Film & Audiovisual Institute. An idiosyncratic work in its time, the sentiment still resonates to this day.

Competing at the Orizzonti, the program representing the latest aesthetic and expressive trends, Taiwan’s co-production on the French film For My Country shows the adaptability of Taiwanese production crews. It also marks actress Vivian Sung’s appearance in another festival film following Midi Z’s Nina Wu.

Over at the Venice Immersive Island, three works in the competition show Taiwan’s creative freedom and its diverse range of topics. Commissioned by National Human Rights Museum, director Singing Chen’s second VR work The Man Who Couldn’t Leave brings accounts of political prisoners into a transformative setting. All That Remains is the first VR work produced by Taiwan’s Riverbed Theater. Supported by Kaohsiung Film Archive and Taiwan Public Television Service, Red Tail shows the fruits of two year’s dedicated work from its team of animation artists.

Taiwan is attached to five feature film projects and four immersive projects at VPB. Three of the features are Taiwanese: Be With Me, Tales of Taipei and Who’ll Stop the Rain. The other two represent funding and co-producing initiatives with Singapore and Bhutan: Stranger Eyes and I, the Song, respectively. These projects are looking to connect and find further partners in production, financing and sales. Mirror, Father’s Video Tapes, Somewhere Unknown in Indochina and Sensing Mirror are four projects entered in the Immersive section. The teams behind these projects are looking forward to exchanging technical and creative ideas and seeking more exposure on the world stage.

Taiwan’s participation in the Book Adaptation Rights Market will be its first, while it is the only Asian exhibitor present. Dala Publishing Company, Emily Books Agency and The Grayhawk Agency present content that includes novels, illustrated books and comics ready to be adapted into films and series. The exploitation of these original IPs beyond the traditional confines of printed media aim to extend the market potential of exciting narratives.

To champion its impressive showing at VPB, TAICCA will set up a physical Taiwan Pavilion at Venice Immersive Market along with its virtual one to reach out to wider international interest and potential. It will include a combination of 67 projects, companies, practitioners and venue operators. Around dozens VR works will be showcased at the booth for industrial guests, supported by in-person connection to Taiwan creators and companies, making links to the international industry ecosystem and opportunities for export and international co-production.