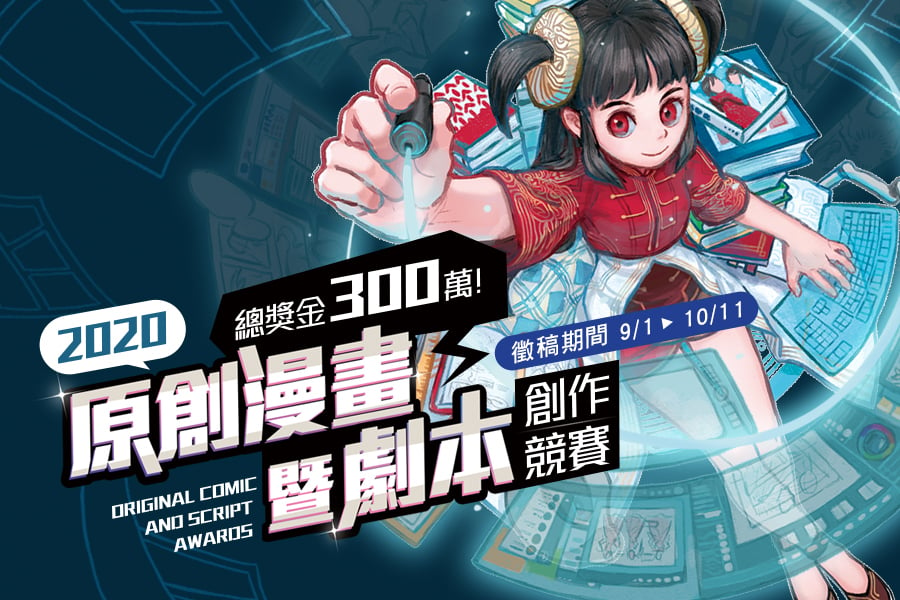 In the digital era, the trend is to read comics on mobile devices; therefore, TAICCA decided to set short comics as the focus for the competition. Artists, studios, and companies, whether local or foreign, are welcome to submit an unpublished, original work in Traditional Chinese that will be distributed Taiwan. Interested parties may submit their works through the competition’s official website.

With a total sum of NTD 3 million (about 100 thousand USD) in prize money, the competition is open to three comic-related forms, namely manga, webtoon, and comic scripts. The highest prize for each category is NTD 300 thousand (about USD 10 thousand).

Three special awards that highlight different values will also feature in the competition. First, the Annual Theme Award honors works that revive Taiwan’s history. The Second is the Special Jury Award for the artists who see the island through a unique spectrum. And last but not least, Reader’s Choice Award for manga and webtoon voted by readers of the Creative Comic Collection (CCC), bringing comic IPs closer to target markets.

TAICCA invites experienced professionals in comic, publishing, film, television, and gaming industries to join the jury panel. Besides the prize money, award winners will also have their works featured in CCC with TAICCA’s assistance in further promotion and matchmaking globally.

The proposal deadline for the competition will be October 11, and the shortlisted works will be announced on November 11. TAICCA will announce the award winners on December 2 and host an award ceremony on December 10 to celebrate the original comics’ brilliance.

For more details, please visit https://bit.ly/3feMe8f and refer to the below appendixes for competition guidelines.