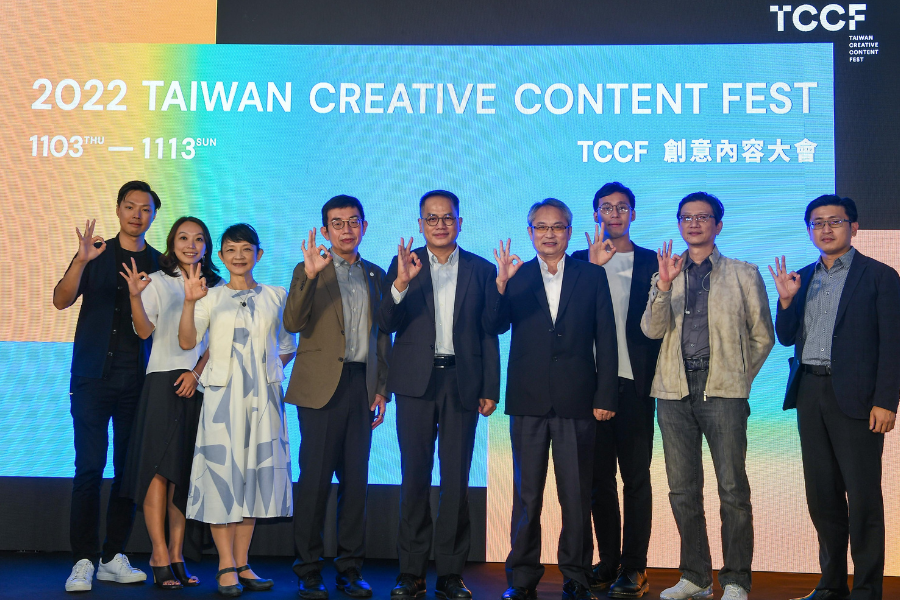 Promoted as “Your Best Partner in Asia”, TCCF is a key B2B content marketplace that draws international professionals to Taiwan to promote creative content, connecting projects and proposals with buyers and investors. Through pitching sessions, content showcases, and forums, TCCF aims to drive collaboration between homegrown and foreign talents.

The PITCHING program focuses on projects still in early development phases. Through pitching sessions organized by format and genre, this segment creates a streamlined pathway for Taiwan’s creators and producers to seek funding from potential buyers and partners, accelerating the transition of title or story into fully fledged product. For international visitors, PITCHING sheds light on Taiwan’s abundance of high-quality, creative content and frames Taiwan as the go-to source for original content in Asia. The sessions focus on 42 Taiwanese series, feature films, animations, and Taipei Golden Horse Film Project Promotion Series Projects.

Open to the public, INNOVATIONS gives insight into the future of entertainment by showcasing forward-looking content and works that span multiple disciplines. It features an exhibition on immersive contents and works combining culture and technology usage, a ‘Stereo’ interdisciplinary stage exploring the future of the music industry, and a series of ‘Salons’ or short lectures.

The exhibition contains 19 works that use new technology in an interdisciplinary approach, creating an immersive experience while delving into the potential of the Metaverse. Exhibits include director Singing Chen's VR film: “The Man Who Couldn't Leave” which won the Best Experience Award at the 2022 Venice Immersive Competition, and “Yoshitaka Amano’s VR Museum”– which boasts the largest official exhibition of works by the influential Japanese visual artist. More than 40 artists will perform onstage for Stereo, while Salon features nearly 40 short talks that explore contemporary and future entertainment in a relaxed, interactive format.

FORUM consists of 'Industry Talk' and 'Spotlight' and invites film and TV professionals from home and abroad to discuss topics like trends in international film and TV co-production. Industry Talk is open to the public and involves ten sessions with companies and organizations like Taiwan's largest telecommunications company Chunghwa Telecom and production company Korean entertainment studio Bound Entertainment. Spotlight is a new addition to TCCF and is open to professionals only. Its purpose is to let TAICCA's partners share perspectives on content trends in global audiences.

Among those speaking are Mediacorp's executive producer of Chinese drama productions, Loh Woon Woon, and TCCF partner Series Mania– Europe’s biggest event dedicated to TV series. This year, Series Mania invites a selection of top international executives to talk about opportunities for collaboration. They will also select one Taiwanese project from the PITCHING segment to enter into their 2023 program.

TCCF is a key content marketplace in Asia, gathering selected entertainment content from Taiwan, and bringing buyers and professionals from all over the world to Taipei in November. TCCF offers diverse events like pitching sessions, content and music showcases, forum panels, and immersive experiences to connect you with promising stories, fundings, and global partners. Come and meet your future business partner at TCCF!