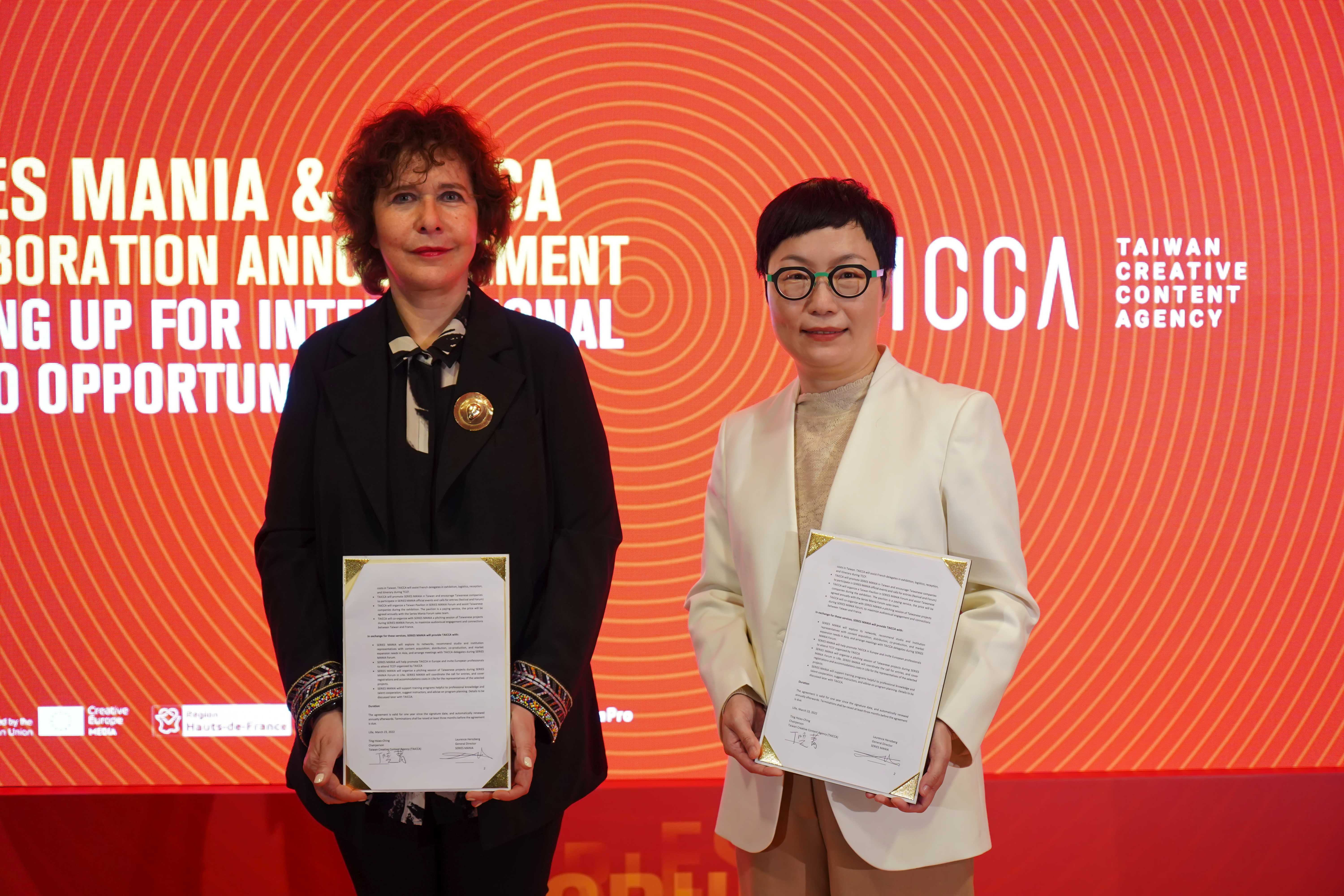 “Taiwan shares European values on freedom, democracy, inclusion, and diversity,” said TING, “as well as a similar funding ecosystem. It is a natural fit for European projects looking for co-production partners in Asia. With content development and international co-production incentives, TAICCA is committed to facilitating cooperation between Taiwan and Europe.”

“We are very proud to be making this announcement and collaborating with the team at TAICCA where together we will build on the extensive ties in the audiovisual industries between Europe and Taiwan,” stated HERSZBERG. “Collaborations such as this also further expand Series Mania’s position as a global brand, and we look forward to the many co-production opportunities with Taiwan that are certain to achieve success around the world.”

“There is a long history of collaboration in creative industries between France and Taiwan,” said LIU.  “With the rise of international streaming platforms, creators can bring great stories to the doorsteps of every household without borders. I’m excited to see Taiwan and Europe joining hands to create unique content that travels well all around the world.”

Under this partnership, Séries Mania and TAICCA will co-organize co-production workshops for project teams to present at the annual Séries Mania. Top European decision makers will be invited to attend Taiwan Creative Content Fest (TCCF), the flagship industry festival and market by TAICCA in November.

“We have delivered quite a few outstanding TV series from Taiwan in recent years,” said TING. “With advances in streaming platforms, many of them are now available to global audiences, and Séries Mania is the best event to highlight Taiwan as a land of co-production opportunities to TV series players worldwide.”