TAICCA Launches International Marketing Campaign for Films Representing Taiwan for the Oscars: A Sun, The Luggage, and Little Hilly 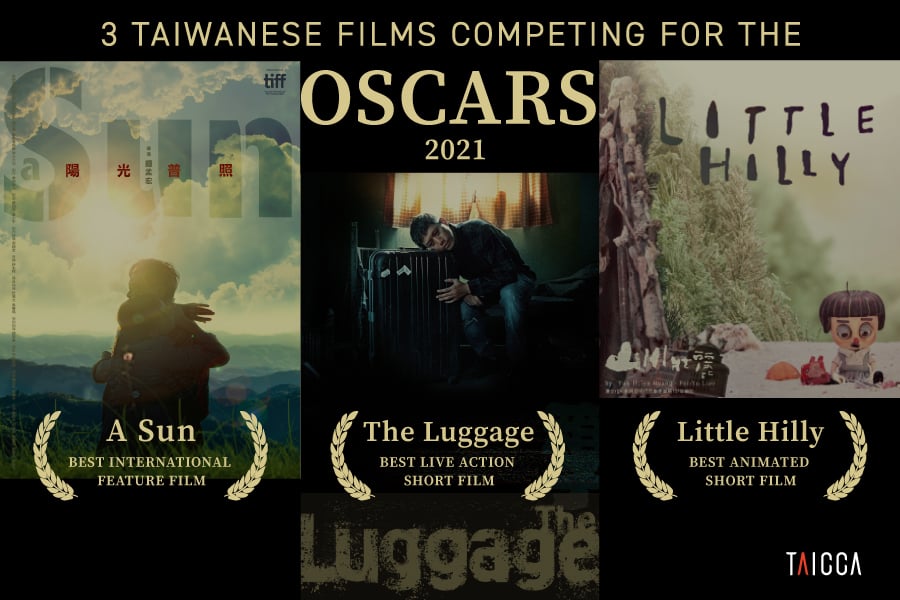 Taiwan is on its way to the Oscars! Taiwan’s film industry is heading to 2021 with exciting momentum with three films contending for nominations in the 93rd Academy Awards, including A Sun (陽光普照) for Best International Feature Film, The Luggage (箱子) for Best Live Action Short Film, and Little Hilly (山川壯麗) for Best Animated Short Film.

Contenders for the prestigious Oscars awards are required to secure prior recognitions. This year, A Sun, with six Golden Horse Awards (including Best Feature Film), is selected by the Bureau of Audiovisual and Music as Taiwan’s entry for the Best International Feature Film category.

To maximize the opportunity for Taiwanese films to receive Oscar nominations, TAICCA is working with Netflix to promote A Sun. The film is featured on Netflix’s dedicated page for all shortlisted films on the platform. TAICCA’s social media campaign will also direct viewers to the page.

In addition, to inform international filmmakers and the Academy members more about A Sun, The Luggage, and Little Hilly, TAICCA has launched a promotional campaign to promote the three films on notable Hollywood publications, such as Variety, The Hollywood Reporter, Screen Daily, The Wrap, and more.

The promotional campaign also includes social media, email ads, and banner ads on Variety to reach the film community in North America. Trailers will also appear as YouTube ads in the targeted regions.

The TICP hopes to attract multinational investors to invest in Taiwan’s content and expand international distribution channels. The goal is to light up the world with the diverse and charming stories of Taiwan’s culture and to enrich the world’s content.

A Sun (Chinese: 陽光普照 Yang Guang Pu Zhao) is a Taiwanese film about an ordinary family’s road to redemption and acceptance. Experience one of the best films of the year, on Netflix.

The Luggage is a short film representing Taiwan to compete for the 2021 Oscars. It was directed by TSAI Yi-Fen, who is the best female new director in Taiwan. MO Tzu-Yi, the leading actor of this film won best actor in Golden Horse Awards, the most honorable film award in the Mandarin-speaking community.

Based on real-life events, the luggage in the film has an ambiguous symbolic meaning and is used as a metaphor for remorse, escape, and memories.

Hilly is a 10-year-old silent Taiwanese girl, nobody is concerned about her depression and the pressure she suffered from everyday life. Hilly hates that she always oppresses herself, and also hates the world controlled by adults. What does Hilly really want to speak out to the adults?