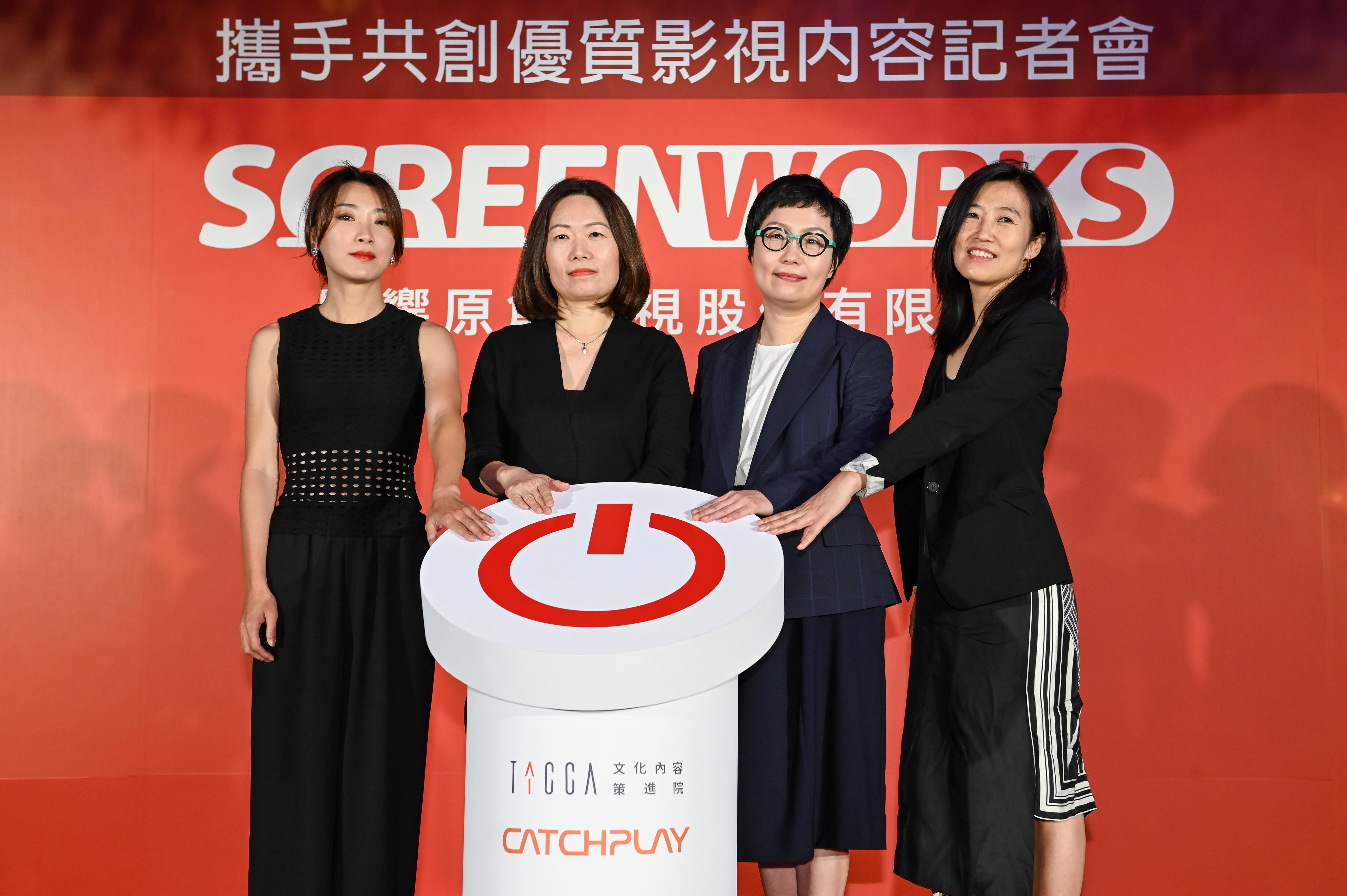 To extend the reach of Taiwan’s original content, Taiwan Creative Content Agency (TAICCA) and CATCHPLAY have announced a joint investment in SCREENWORKS ASIA Ltd. to produce more original Taiwanese content for the international audience. The joint venture has a goal to increase the quantity and quality of entertainment content productions and to facilitate a platform for international collaboration, aiming to make Taiwan a powerhouse for Asian original content.

CATCHPLAY is the largest digital film copyright licensor in Taiwan that also offers an online video streaming service. It is also the first over-the-top (OTT) media service in Taiwan that actively targets the international market. Employing more than a decade of film production and marketing experience, the management team of CATCHPLAY boasts a record of success investing in international joint venture films. In recent years, CATCHPLAY has been bringing quality original content from Taiwan, such as the TV series The World Between Us (我們與惡的距離) and The Making of an Ordinary Woman (俗女養成記) to audiences around the world.

TAICCA Chairperson Hsiao-Ching TING states, “With a proprietary distribution network and experience investing in international productions, CATCHPLAY has been a long-term distributor of international films and television programs. Investing in the development of Taiwanese films, TAICCA hopes to leverage CATCHPLAY’s international distribution channels and reverse long-standing trends by exporting Taiwan-produced films overseas, resonating with the agency’s “internationalization” and “brand creation” strategies TAICCA looks forward to working with CATCHPLAY to establish a foundation for original content from Taiwan to integrate with the global market, empowering Taiwan to become an influential contributor of original content around the globe.

The first SCREENWORKS ASIA project announced is the sequel to one of the most successful Mandarin-speaking drama series of 2019, The Making of An Ordinary Woman II (俗女養成記2). The Making of An Ordinary Woman and The World Between US were named the top two Mandarin-speaking shows of 2019, rated 8.6 and 9.2 respectively on IMDb, the leading international content rating service, and reached many hundreds of millions of viewers in Asia and all over the world. Both shows were from Taiwan and introduced to streamers on CATCHPLAY+. Five more projects have also been announced by SCREENWORKS ASIA with principal photography for two of them kicking off this summer.

Since its establishment last year, TAICCA has endeavored to work on IPs with outstanding potential to facilitate their development. Among them, the martial art short film, The Method of Breathing (氣) by cutting-edge director Yi LIU, the winning project selected at the end of last year by the Taipei Golden Horse Film Project Promotion, has seen its development accelerated through a TAICCA-established platform and participated in the IP Showcase at this year’s European Film Market in Berlin. SCREENWORKS ASIA will also develop a TV drama and movie of the same name, creating a stage for the content industry and creators to leap into the international market.

TAICCA utilizes the National Development Fund to invest in diversified industries and fill in industry gaps, systematically constructing an ecosystem for films with Taiwan-related content. TAICCA will continue to collaborate with the government and private sector to welcome additional co-investors to promote and develop of Taiwan’s cultural content industry.