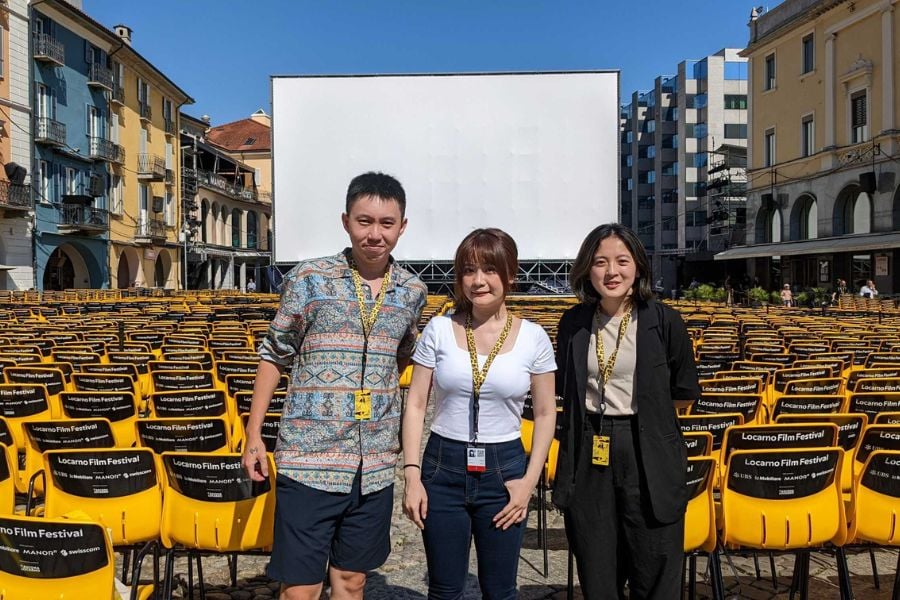 Switzerland’s Locarno Film Festival, one of the four major film festivals of Europe, is entering its 75th year. To help build networks and expand global market for the Taiwanese film industry, Taiwan Creative Content Agency (TAICCA) is teaming up with Locarno Film Festival for the first time by participating in the “Match Me!” networking platform of Locarno Pro, the festival’s dedicated section for professionals. Following TAICCA’s open call, three emerging producers from Taiwan — Celine KAO (Original Films), Alice YOU (Flash Forward Entertainment), and KUEK Shee Heng (Aview Images) — were ultimately selected by Locarno Pro to participate in Match Me!, where they will attend master classes as well as one-on-one matching meetings and networking activities. It is hoped that these exchanges and sharing of experiences between Taiwanese producers and industry professionals from around the world can boost opportunities for international co-productions and strengthen the global visibility of Taiwan’s cultural content.

According to TAICCA CEO Izero LEE, TAICCA has several different cooperation plans with important international film festivals based on their attributes. Given that Locarno Film Festival has long been focused on cultivating and facilitating exchange between emerging filmmakers, TAICCA hopes this year’s collaboration can not only pave a path to international co-productions for Taiwan’s domestic industry, but also introduce Taiwan’s outstanding professional talents and co-production resources to international production teams, showing that Taiwan is their best collaboration partner in Asia.

Markus DUFFNER, Head of Locarno Pro, is very much looking forward to TAICCA’s participation this year.  “Match Me! is a great launchpad for emerging producers who want to dive into international co-production and meet international players,” he said. “We’re thrilled to be able to include in our Match Me! group (32 producers from 12 countries) three very promising Taiwanese producers with very diverse projects in the development slate.”

Three Emerging Producers from Taiwan Participating in Match Me! 2022. (from Left to Right: KUEK Shee Heng, Celine KAO and Alice YOU)

KUEK Shee Heng notes that the two projects he is bringing this year are Malice, a confirmed Czech Republic co-production to be directed by LIN Lungyin, as well as Diana Hsuan CHAO’s Life Derailed. It is his hope that participating in exchanges with producers from other countries can create more possibilities for these two projects. On the other hand, Alice YOU says she hopes to find an international co-production partner for the documentary project Mothers in Transit. She adds that she is grateful for TAICCA and Locarno’s partnership as it gives experienced producers an opportunity to network with the international film community and gain an understanding of the current state of international co-productions and distribution strategies for documentary films. Lastly, Celine KAO also thanks TAICCA for this opportunity, adding that she looks forward to introducing director LAN Yi-tzu and her first feature-length project, The Horse, to industry professionals from around the world and open for more international co-production possibilities.