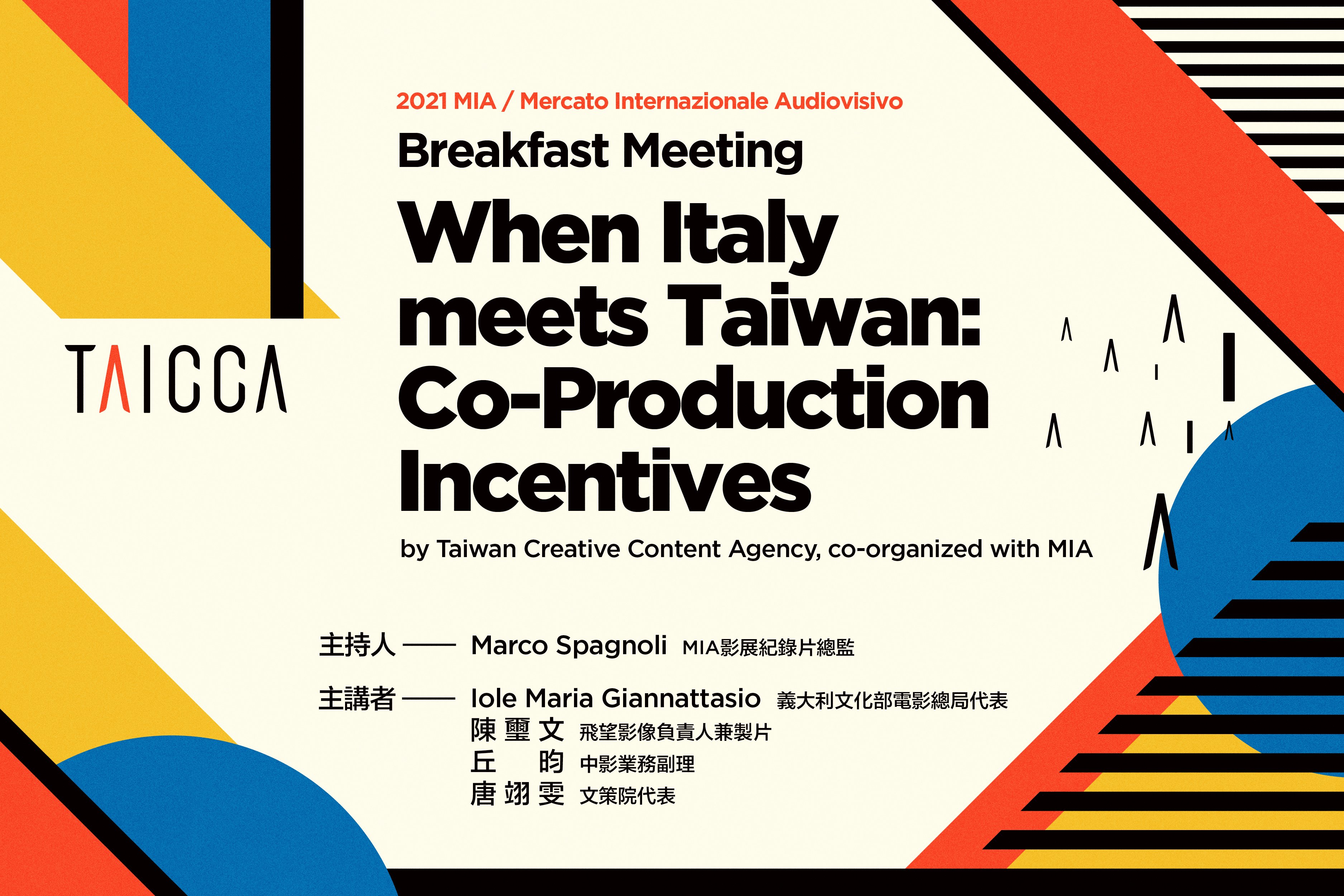 “The production scale of Taiwanese TV series such as SEQALU: Formosa 1867 (斯卡羅) and Tears on Fire (火神的眼淚) has seen significant growth as a result of long-term efforts in building up Taiwan’s audiovisual industry,” said TAICCA CEO Izero LEE, “TAICCA’s strategy for connecting Taiwanese content to the world not only promotes outstanding content but also highlights the advantages of Taiwan’s film and TV industry in terms of production capacity and cultural diversity.

Representative LEE Sing Ying remarked on the progress in co-production between Italy and Taiwan, as well asTAICCA’s effort in cultivating Taiwanese films and VR projects which has successfully promoted Taiwanese culture.

Yun CHIU of the Central Motion Picture Corporation Taiwan pointed out the successful Hollywood productions filmed in Taiwan such as Life of Pi and Silence and gave credit to Taiwan’s freedom of expression in political, religious, and social issues. CHIU added that for the crime drama Gatao (角頭) the Taiwanese police even helped to block off roads for filming, showing the Taiwanese government’s commitment to the film and TV industry.

Producer Stefano CENTINI, who is no stranger to Italian-Taiwanese co-production, shared his experience working on A Holy Family (神人之家). He also cited Taiwan’s friendly environment, governmental support, and professional talents as his reason to co-produce this film in Taiwan.

To increase co-production opportunities for Taiwan, TAICCA will kick off the second edition of the Taiwan Creative Content Fest (TCCF), an annual international content market and exhibition from November 10th to 14th. It includes pitching sessions, networking events, and more for audiovisual professionals from around the world.