Now Boarding: A “Trip to Taiwan from the Mind” - Japan Edition, Brought to You by TAICCA 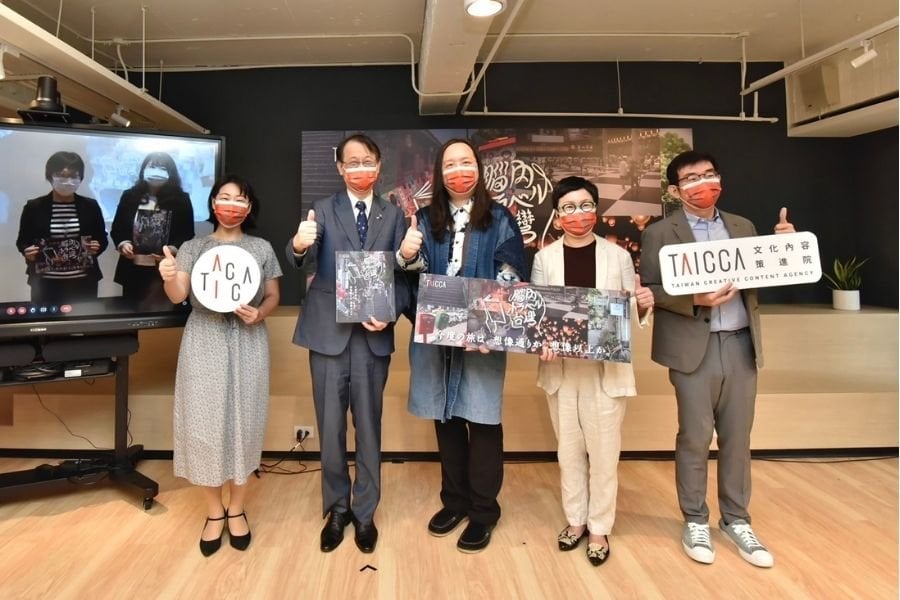 With travel restrictions still in place in many parts of the world, the Taiwan Creative Content Agency (TAICCA) has organized a “Trip to Taiwan From the Mind” (脳内トラベル台湾 / 腦內旅行臺灣) to satisfy pandemic wanderlusts. TAICCA has chosen Japan as the first destination to introduce Taiwanese culture, with a series of events along with bookstores in Japan starting August 16th.

TAICCA hopes to deepen the Taiwan-Japan friendship through lectures, literary works, and displays of Taiwan, providing the Japanese audience an in-depth experience of Taiwanese culture and opening a new chapter for cultural exchanges between the two countries.

TAICCA Chairperson TING Hsiao-Ching expressed her gratitude to Japan for their vaccine donations and for Minister TANG’s excellent efforts in Taiwan’s pandemic prevention. “This event is TAICCA’s first attempt to promote Taiwan’s culture and content through cuisines, lifestyle lectures, comics, lectures, and more to our friends in Japan. I hope that this event will allow more people to experience the joy of traveling between Taiwan and Japan,” said TING.

Representative IZUMI thanked TAICCA during his remarks for allowing the Japanese people to “travel” to Taiwan this summer and satisfy the Hataizus (Japanese’s term for those obsessed with Taiwan culture).

“Some friends grow apart if you don’t see each other, but like the great neighbors that Japan and Taiwan are, our friendship will not lose to space and distance,” said IZUMI. He even points out the shared camaraderie between the two countries during the Olympics which he believes to be growing stronger since the start of the pandemic.

Digital Minister Audrey TANG said that she received the attention of the Japanese audience from her recommendation of the novel, The Flower of Long Kiau (傀儡花). Japanese audience will be able to enjoy this novel through the “Trip to Taiwan From the Mind'' event as well as the adapted TV series Formosa 1867 (斯卡羅) on the international streaming platform, Taiwan+, launching at the end of this month.

“I hope for friends around the world to have a more comprehensive, multimedia experience from this event, and I believe that as the pandemic eases, the content we see from books and TV will surely become a topic of conversation when we can interact with one another in the future,” said TANG.

The “Trip to Taiwan from the Mind” event is in cooperation with Eslite Life Nihonbashi, the Japanese branch of Taiwan’s Eslite bookstore chain. With Eslite Life Nihonbashi as the main venue, the event also cooperates with "Honya B&B" in Shimokitazawa, Tokyo, Tokorozawa SAKURA TOWN,  the largest sub-cultural pop center in Japan, the DA VINCI STORE. Each bookstore will set up special displays to promote Taiwanese works, food, and shops, including The Man with the Compound Eyes (複眼人) by WU Ming-Yi (吳明益), Private Eyes (私家偵探) by CHI Wei-Jan (紀蔚然), Detention - Novels based on TV Series (返校 影集小說) and other publications that are published in Japan. More than 50 publications and ten shops will be showcased, giving the Japanese people a chance to visit and shop in Taiwan without leaving Japan.

In addition, four lectures will be held in each bookstore to introduce Taiwan’s content and books online and offline. Speakers include Taiwan’s Digital Minister Audrey Tang, Asa NONAMI (乃南亞沙), Haruna IKEZAWA (池澤春菜), book coordinator Shintaro UCHINUMA (內沼晉太郎) and experts familiar with Taiwan. TAICCA hopes to also encourage the licensing of copyrights of Taiwanese through this event and continues to build Taiwan’s national brand in international markets.