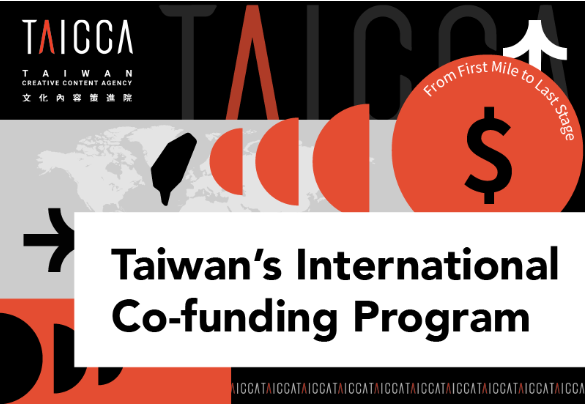 As For My Country and The Last Queen, two films backed by Taiwan’s International Co-Funding Program (TICP), screened at Venice this year, the growing initiative and its dedicated talent pool continue to strengthen Taiwan’s ambition to be the best partner for co-producing in Asia. It also shows the broad range of topics and creatives this open and forward-looking location is embracing.

The Venice Orizzonti title For My Country is based on French director Rachid Hami’s story of family migration from Algeria. The tragic and unjust death of his brother propels Hami to retrace the journey his brother took when studying in Taiwan more than a decade ago. A story with the universal themes of migration, family, faith and the desire to belong, the project presented a clear incentive for Taiwan Creative Content Agency (TAICCA), the independent agency behind the TICP initiative, to come onboard.

'For My Country' director Rachid Hami attends the photocall in Venice alongside the film's producers and cast.

It helped that Hami previously shot a short film in Taiwan and knew the producer of American Girl, Amy Ma. Ma has accumulated a wealth of experience working around the world on international productions over the past decade. Apart from hands-on producing skills she is responsive to cultural sensitivities. Partnered with veteran executive producer Tien-Tsung Ma (not related) and with the backing of French producer Nicolas Mauvernay, the project became the first French film to receive support from TICP. The funding enabled the film to be shot in Taiwan with close to ninety percent local crew support.

As a youthful funding scheme only launched in early 2021, TICP shares a passion for supporting stories from varied international backgrounds and the investment in The Last Queen demonstrates TAICCA’s flexibility towards diverse content. Taiwan’s thriving technology, media and arts sectors, its high-skills base, and its vibrant, welcoming atmosphere give the island a leading edge when choosing collaborators in the East Asian region.

'The Last Queen' director Adila Bendimerad and Damien Ounouri attends the photocall in Venice alongside the film's crew and cast.

Also making a splash at the Lido this year were 5 feature film projects and 4 immersive projects in the Venice Production Bridge, where Taiwan is the Country in Focus. A panel ‘Rolling with Taiwan - Introducing Taiwan & TAICCA’s Upscale Resources for Co-Production’ was held on 3rd September, moderated by programmer Ming-Jung Kuo and featuring producer Justine O. along with Stefano Centini whose Taiwan-based company Volos Films is producing another TICP backed Singaporean project Tomorrow is a Long Time. “TICP is the way we can bring more exchange. This includes international talent coming to Taiwan and Taiwanese talent abroad. It’s really about building bridges and finding opportunities’, Stefano commented. Justine O. also shared her co-production experience of The Last Queen and its cross-cultural aspects by saying, “It may come as a surprise but it’s actually the directors that are committed and convinced that Taiwanese talent can deliver what they are looking for. In return Taiwan crews demonstrate how we can work smoothly with international teams. The directors came knowing the capability and quality of Taiwan’s talent.” Joyce Tang from TAICCA’s Content Lab also joined the panel to share details of the TICP scheme, “TAICCA used to fund mainly projects from Taiwan and now the funding is open to more possibilities. We want to connect local talent with people around the world. This way we can benefit from our differences and grow in strength. That’s the main goal for TICP”.

The complete panel is now online at: https://youtu.be/q8Ym7YV0voQ