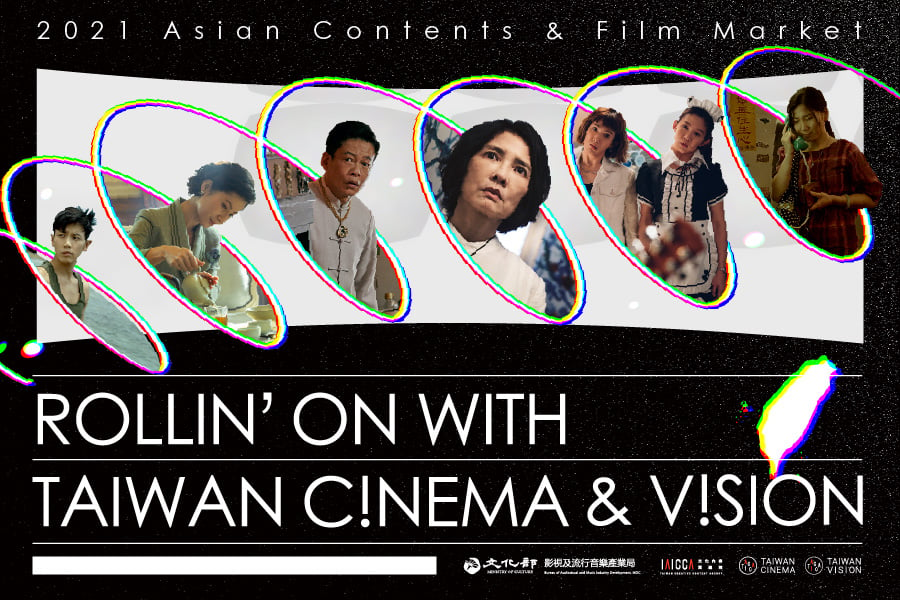 The Asian Contents & Film Market (ACFM), one of the leading events of the international film and television industry, will be held this year from October 11-14. The Taiwan Creative Content Agency (TAICCA), with the support of the Ministry of Culture and the Bureau of Audiovisual and Music Industry Development (BAMID), will set up a Taiwan Pavilion on ACFM’s online platform to promote this year’s 63 exhibitors, 55 films, and 98 television works from Taiwan to the rest of the world.

In addition, TAICCA will once again collaborate with ACFM  to participate in the Entertainment Intellectual Property Market (E-IP Market). Representing Taiwan as an exhibitor country alongside South Korea and Japan, TAICCA will be introducing 10 original Taiwanese IPs with high potential for adaptation. Covering published novels to comics and games, from classic literature to the latest releases, these IPs will be presented to international buyers looking for film and television adaptation opportunities.

According to TAICCA CEO Izero LEE, consumers are turning to OTT streaming services due to the impact of the pandemic. With the global film and television industry facing increasing demand in the digital market, industry players are looking to develop more distinctive themes and are placing more importance on the translation of original IPs. Therefore, TAICCA has been actively setting the stage by facilitating and recommending IP translation services and the creation of thematically diverse works to accentuate Taiwan’s advantages of creative freedom and cultural diversity, in the hope of attracting the attention of international buyers.

The Taiwanese original IPs promoted by TAICCA at the E-IP Market spans various genres and their depth of topics touches on many aspects of society. The titles include CHOPSTICKS (筷：怪談競演奇物語), an international collaboration between writers from Taiwan, Hong Kong and Japan; Virtual Street (虛擬街頭漂流記), winner of the Soji Shimada Mystery Award; Notes of a Crocodile (鱷魚手記), a classic work of Taiwanese LGBT literature; Her Sword (劍魂如初), a novel that has already sold its rights internationally and on the way to be adapted to a VR work; Funeral Director (送葬協奏曲), winner of the Gold Award at the 2020 Japan International Manga Award; Agnosticism Detective (不可知論偵探), a comic that explores issues at the bottom rung of Taiwanese society; Rail of Möbius (湛藍牢籠), an independent game led creatively by an award-winning writer; Dusk Diver, a game based around the popular Taiwanese tourist hotspot Ximenting; THE MONSTER OF MEMORY: DESTINY (記憶的怪物－命運的抉擇), nominated for the Kyoto International Manga Anime Fair’s Manga Award; and Like an Angel (像天使一樣), an adult BL (Boy’s Love) game produced by OTERAS, an independent Taiwanese game studio.

A total of 9 titles of Taiwanese films are officially selected by the Busan International Film Festival. These include The Falls, Moneyboys, Increasing Echo, and Days Before the Millennium, all of which have been selected to A Window on Asian Cinema; Taste of Wild Tomato, Crossing’s End, RAIN in 2020 and Good Day, selections of the Wide Angle segment; and Lives of Crime, which stood out among the 429 submissions to become the only Taiwanese film to be selected to BIFF’s Asian Project Market this year.

Apart from the festival selections, Taiwan Pavilion will also be exhibiting Treat or Trick (詭扯), Shiro – Hero of Heroes (諸葛四郎－英雄的英雄), The Making of an Ordinary Woman 2 (俗女養成記 2), Twisted Strings (良辰吉時), Heaven on the 4th Floor (四樓的天堂), and You Have to Kill Me (我是自願讓他殺了我), all outstanding works that showcase the richness and creativity of Taiwan’s film and television industry.

To further showcase Taiwan’s cultural content industry to the world, TAICCA has organized the second edition of the Taiwan Creative Content Fest (TCCF), an annual international market and exhibition from November 10th to 14th that celebrates Taiwanese content driven by technology and creativity. For more information, please visit https://tccf.taicca.tw/en/.