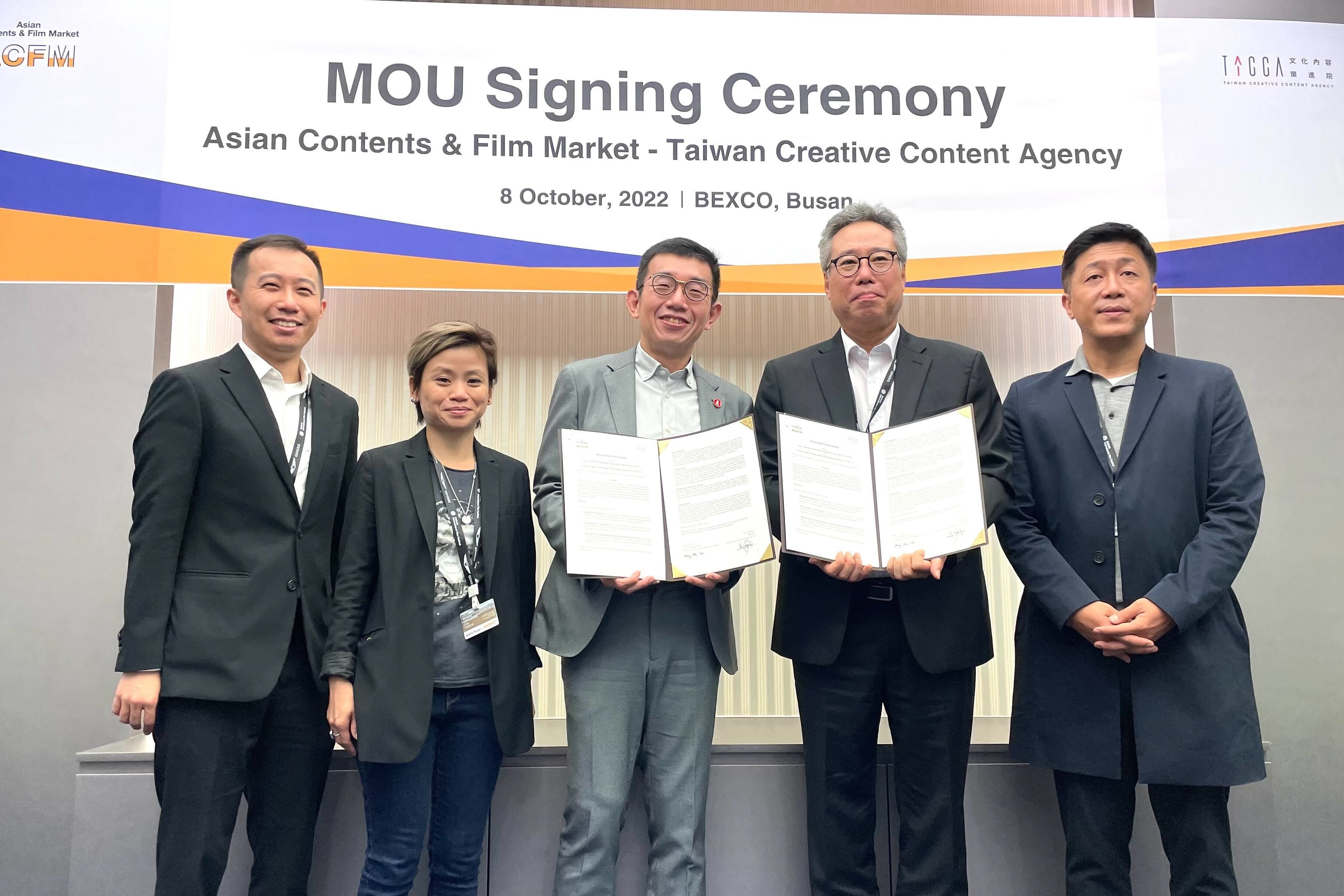 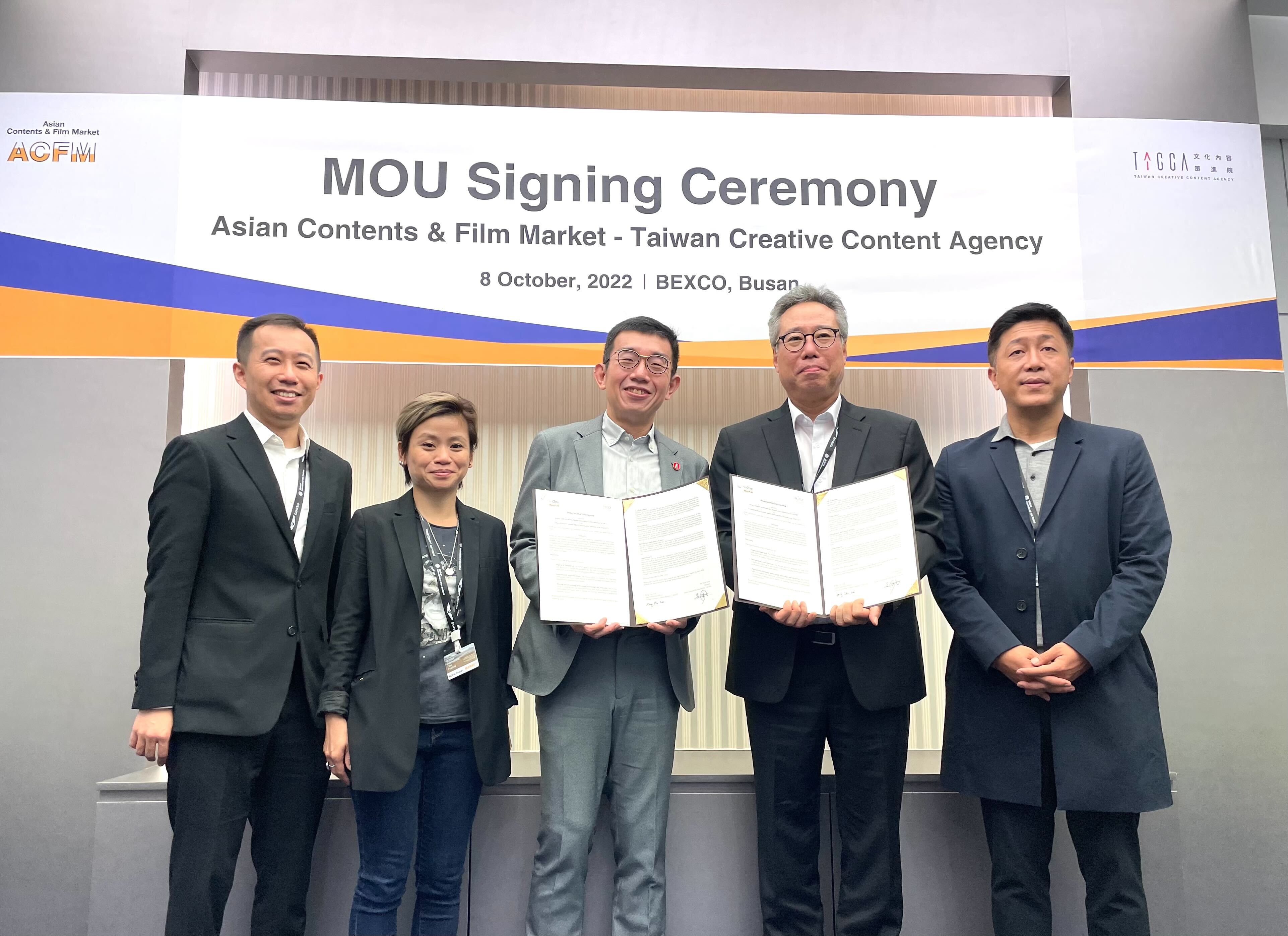 TAICCA’s CEO Izero Lee signed the MOU with OH Seok Geun, Director of ACFM. Lee acknowledged the key role played by ACFM as it gathers Asian film and TV practitioners and investors. It is also the place people look to for original Asian content. Lee emphasized the broader scale of TAICCA’s participation this year, ranging from a pitching event for original Taiwanese IP content, a TAICCA Award to attract international collaboration with Taiwan and the cultivation of new talent, all driven by a global vision. Lee said he anticipates the collaboration with ACFM will put Taiwan on the international audiovisual content map. OH saidt “By signing this MOU with TAICCA I hope that more Taiwanese content will be introduced to Korea and create further opportunities for collaboration between the Taiwan and Korean film and TV industries. Furthermore, through the ACFM platform, I hope Taiwan’s content will be introduced globally.” 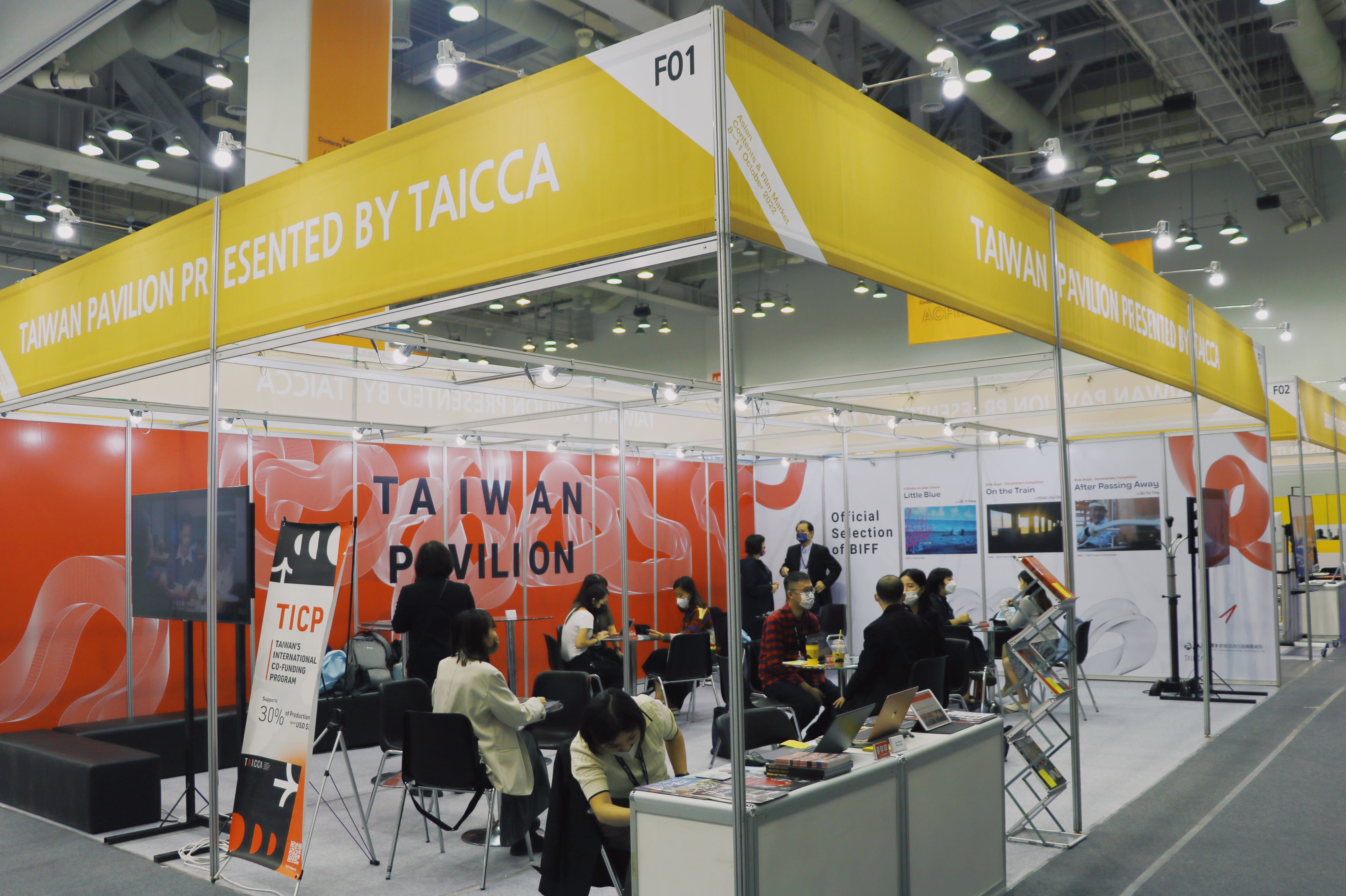 With support from the Ministry of Culture (Taiwan)’s Bureau of Audiovisual and Music Industry Development, the content TAICCA brings to ACFM has doubled from last year. It includes three films in BIFF’s official selection: On the Train and After Passing Away, two documentaries competing in the Wide Angle section, and Little Blue selected for A Window on Asian Cinema. Elsewhere, Beyond the Frame will be presented at APM, while other completed films include Bad Education by actor-turned-director Kai KO, Coo-Coo 143, recipient of 13 Golden Horse Awards nominations, and period film Untold Herstory depicting Taiwan’s white terror. With strong cast support are series such as Urban Horror: Taipei and The Attorney from Bachimean as well as popular talent show Atom Boyz. 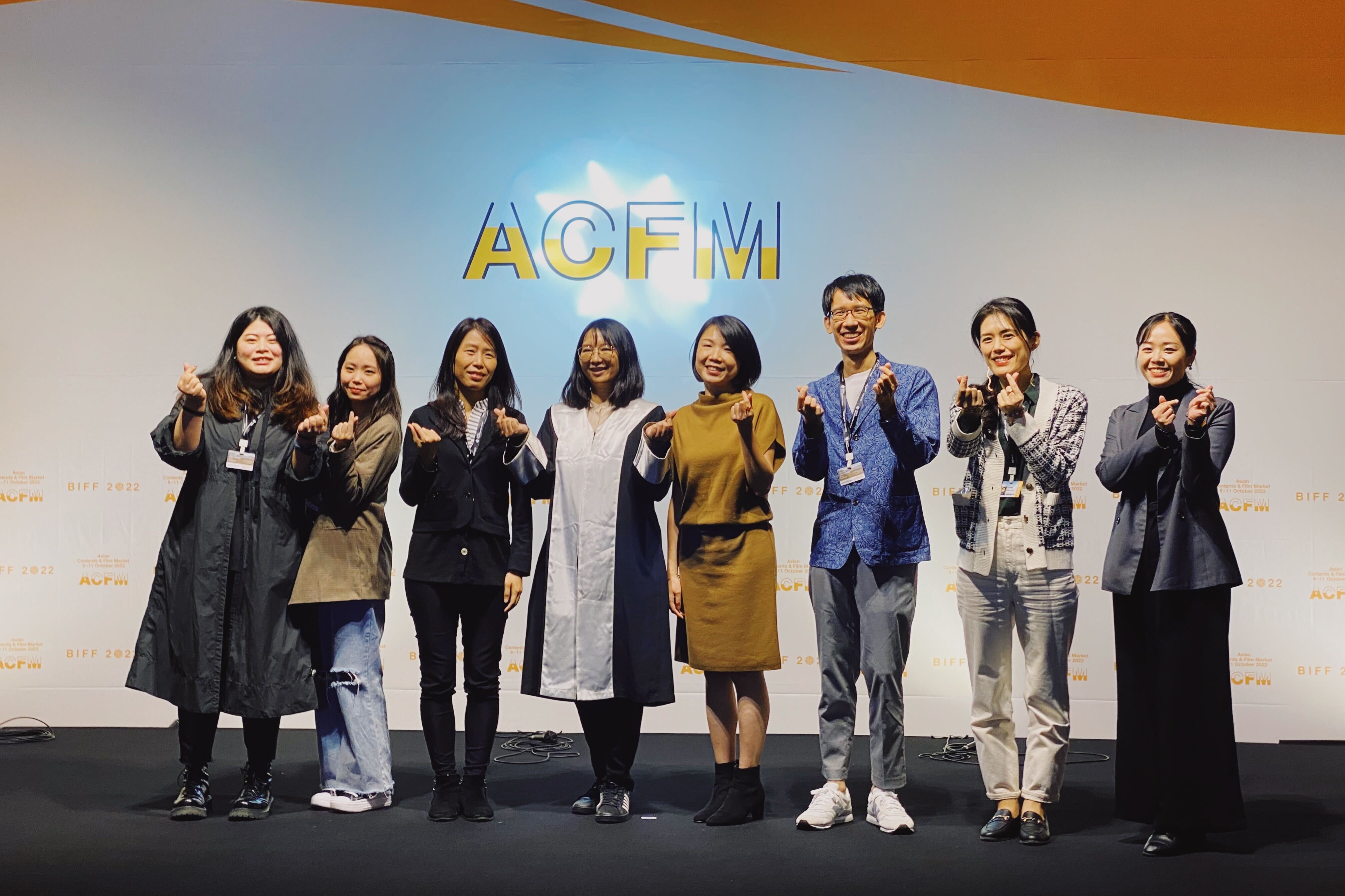 Taiwan joins Korea, Japan and selected ASEAN countries in having a featured position in the Busan Story Market. International industry professionals are invited to Pitch & Match: Taiwanese IP session in which ten original Taiwanese projects were selected jointly by TAICCA and ACFM with a view to their adaptation potential. Selected projects include The Disaster Intervention Agent, Trials of Humanity, Forbidden Zone of God, Judge of Justice, Working for a Crime Group as a Scriptwriter, Mephisto Waltz, Login Danger, Connecting to You, Magical Super Asia and The Third Bullet.

TAICCA will also be giving out an award during Busan at MyLab, the new workshop targeting Asian new talent making their debut features. Organized by FINAS and partnered with BIFF, TAICCA’s award will provide $5,000 to a project with international co-production potential with Taiwan. The project will then be eligible to apply for TAICCA’s Taiwan International Co-Funding Program (TICP) and will be invited to next year’s Taiwan Creative Content Fest (TCCF).