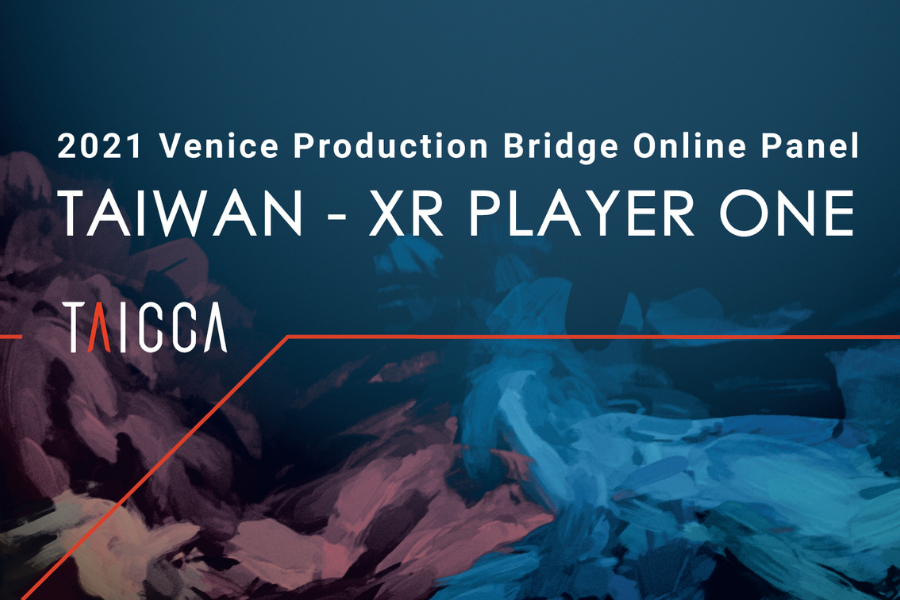 Venice International Film Festival initiated the VR section in 2016. Praised as “The Oscars in VR”, it has become the key occasion for VR titles to gain reputation, recognition, and visibility in the world. This year, VR works related to Taiwan have received global attention in the section, and reaffirmed Taiwan’s pioneering stance in original content and technical application. Taiwan Creative Content Agency was invited by curator Liz Rosenthal and Pascal Diot to organize a panel titled “Taiwan - XR Player One”. It explained how Taiwan attracted incredible XR creators with a comprehensive ecosystem for partnership.

Michel Reilhac opened the panel by pointing out that seven out of 37 selected titles this year were supported or co-produced by Taiwan. This result was not because of personal preferences in Taiwan, but because many outstanding works happened to come from Taiwan. Reilhac highlighted that TAICCA’s policy encouraged international co-financing and co-production, and opened its grant to international applications. It was especially extraordinary when many countries chose to close their borders this year, TAICCA welcomed local creators to collaborate with other countries. It was also admirable to support international co-production titles with Taiwan. Venice VR selection process this year also took media features, fluency, and visual aesthetics into consideration.

In the pandel, TAICCA Advisor Aurélien Dirler underlined that Taiwan had supported real-time, interactive, immersive, connected, and embedded experiences, and covered a wide diversity of subjects. All of these efforts built up Taiwan’s advantages in the upcoming “metaverse”. In the Mist by Tung Yen Chou addressed the obstacles to independent artists in digital distribution. However, Taiwan and its government support empowered creators to think beyond traditional formats or structures. Under these conditions, Chou was able to create a title on “desire” with VR as a narrative vehicle. Different vehicles also deliver breakthroughs and breathtaking effects. Kaohsiung City in Taiwan had long worked with directors in Taiwan to produce VR titles, responded VR FILM LAB Head Grace Lee. They noticed Chou was willing to experiment beyond conventional wisdom and habits. Lee was honored to support In the Mist, and was excited about its Venice nomination.

For international co-productions, Oiffy Director Jörg Tittel and Pumpkin Studio both talked about their collaboration experiences, and felt lucky to encounter no challenges in their communication. Tittel emphasized that great partnerships could bring VR games to the next level, and The Last Worker became the only game selected into Venice VR this year. Ever since he realized more games, films, and technologies were integrated, Tittel reiterated that content should not be dominated by technology. Therefore, he encouraged creators to learn different formats, and experiment on all kinds of media.

The panel also invited producer Antoine Cardon behind 5G immersive interactive theater Bedlam to participate. He mentioned challenges in 5G technologies. Bedlam spent three years overcoming multiple hurdles to build a complete and feasible solution. The whole experience was computed in the cloud to develop business models on the platform. When he visited Taiwan three years ago, Cardon realized most technologies required for Bedlam were available in Taiwan, such as chipsets, VR headsets, and motion capture, and support by TAICCA was a key driver. The fascinating Bedlam would be showcased to viewers in Taiwan at TCCF in November.

Every creation is an adventure. Shifting from conventional filming to VR filming is an adventure. Producing works based on viewer perceptions is an adventure. Government support and involvement is also an adventure. However, Taiwan is open and diverse enough to take on these adventures. As TAICCA Vice President Alice Chang said, Taiwan was equipped with emerging technologies and full ecosystems to become a great XR leader and international partner. TAICCA would continue to invest in training and productions to accelerate the process. It embraced international co-financing and co-production with Taiwan to deliver more groundbreaking outputs, and demonstrated this ambition to the world through this panel.

*Recordings of this panel is available on TAICCA’s YouTube channel: https://youtu.be/Oq4sh9CazW8