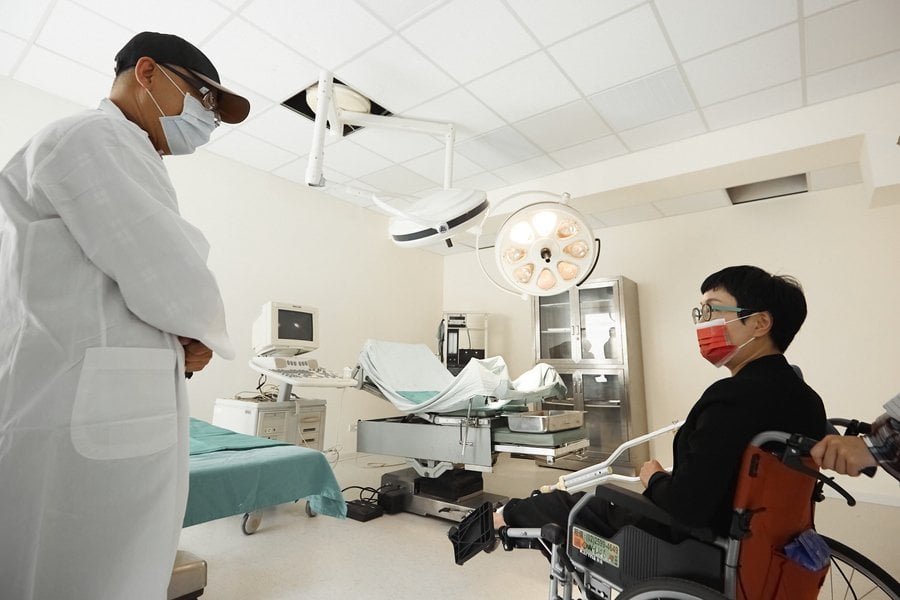 To encourage the upgrade and transformation in the cultural content industry and eliminate obstacles, the Taiwan Creative Content Agency (TAICCA) has assisted Awesomeworks Production (翔聲國際有限公司) in establishing Taiwan’s first professional medical film studio. Opening today on March 2nd, the studio will solve the long-term issue of renting locations for medical scenes and allow more stories to be told.

To show TAICCA’s support, TAICCA Chairperson Ting Hsiao-Ching visited the studio before its opening. “Medical series and films have always been a common theme globally, and many good stories will surely be written after the pandemic. With this medical film studio, creativity and production will no longer be limited by infrastructures and be emboldened in imagination,” said Ting. “We hope that the excellent pandemic prevention here will incentivize international production teams to film in Taiwan, and to increase co-productions and exchanges with Taiwan’s cultural content industry.”

“On top of bringing advanced technologies into the content industry, we also encourage industry players to propose solutions for their bottlenecks and challenges,” said CHANG during her opening remarks. “This medical film studio by Awesomeworks Production provides a direct solution for the lack of sufficient medical-theme filming locations. It is especially significant during this global pandemic, and we welcome more film and TV productions to work with us on bettering the international content industry.

Hospital and medical professionals are popular topics for film and TV series locally and globally. However, it is often difficult for operational hospitals to rent out surgery rooms, emergency rooms, and other areas for filming, especially with the increased demand for medical services during the pandemic.