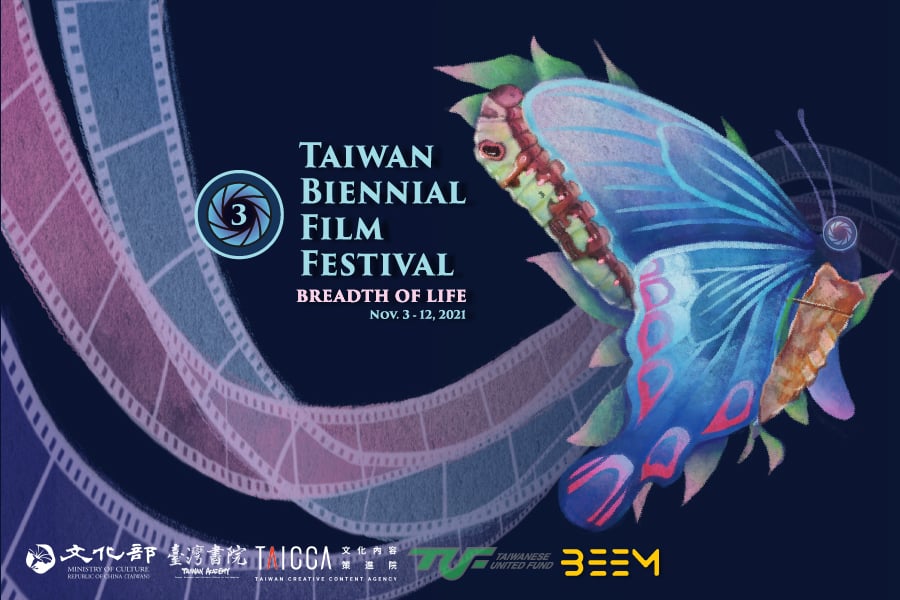 The Taiwan Creative Content Agency (TAICCA) announced a host of outstanding events line-up for the upcoming 3rd edition of the Taiwan Biennial Film Festival (TBFF), set to take place from November 3-12 in Los Angeles. The 10-day festival will run in a hybrid format, screening an array of acclaimed Taiwanese feature films and shorts through a series of online and in-person events.

Organized by the Los Angeles chapter of the Taiwan Academy of the Taipei Economic and Cultural Office, the 3rd installment of TBFF brings together TAICCA as a partner this year. It continues to connect Taiwanese artists to a wider international audience, including the entertainment community in Hollywood.

The festival will open with the highly anticipated US theatrical premiere of Man in Love (當男人戀愛時), Taiwan’s biggest hit in 2021, which recently made USD54M at the global box office. It will be screened in person at Hollywood’s iconic TCL Theaters, followed by an exclusive recorded interview with the film director YIN Chen-Hao (殷振豪).

He added, “Our partnership with this year’s TBFF in Hollywood couldn’t come at a better time. In conjunction with our participation in the American Film Market, which kicks off on November 1st, we wish to further introduce Taiwanese cinema to the audience in the US. The festival will allow us to showcase the growing multitude of talent from Taiwan’s incredible creative community and how our film industry continues to thrive and inspire.”

Themed “Breadth of Life,” the festival highlights the vitality and dynamic nature of Taiwan’s modern life, reflected on the broad range of genres brought by the festival. From dark comedies to heart-warming family dramas, from political thrillers to LGBTQ features, these films represent Taiwan in the most contemporary and realistic manner.

“TBFF’s partnership with TAICCA will mark a significant chapter for Taiwanese cinema this year,” said LEE. “Our role is to bridge the gap between Taiwanese creators and Hollywood, expanding the market for our local creators and eventually catalyzing the growth of Taiwan’s creative industries,” he concluded.

This year’s Biennial was curated by Douglas Montgomery, CEO of media consulting company Global Connects and founder/Executive Producer of the Japan Connects Hollywood Film Festival. The festival will be accompanied by two online industry panels: Foreign Content Potential -- exploring the seemingly exploding global demand for foreign language content, and International Co-Production -- bringing two Hollywood industry figureheads, Netflix’s Eric Barmack and A+E Studios’ TPaul Miller, into the fold. In addition, the Science and Technology Division of the Taipei Economic and Cultural Office in LA will organize a special tech forum: When Tech Meets Filming—What Technology Can Offer? -- providing insights on how Taiwan can provide the technology resources for the global filming industry.