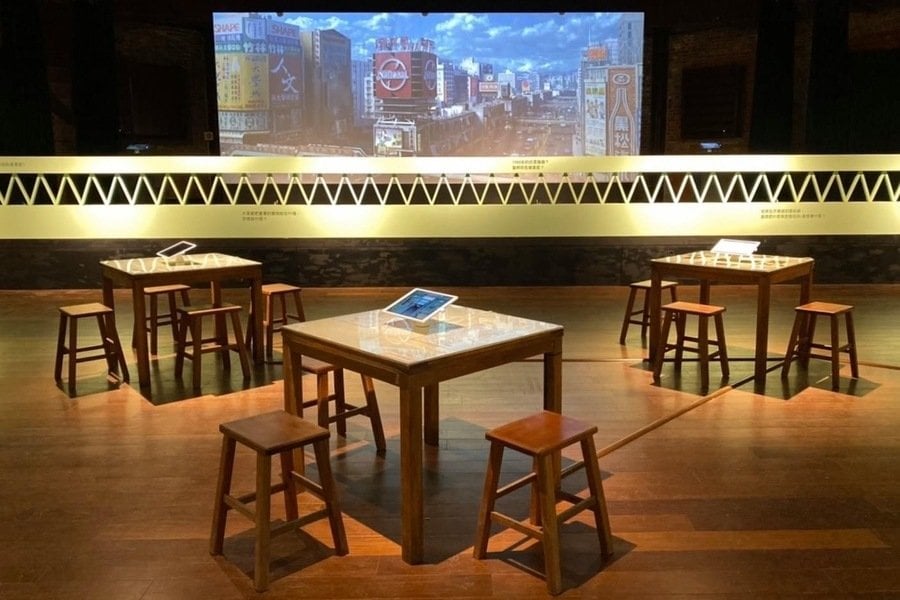 The drama series ‘The Magician on the Skywalk,’ adapted from Wu Ming-yi's (吳明益) 2011 novel, premiered on the Public Television Service (PTS) on February 20th. The Taiwan Creative Content Agency (TAICCA) incubated and assisted in ‘The Magician of the Skywalk - Film Set VR Exhibition’, which was launched simultaneously in the Ximen Red Building. Using 5G and VR technologies, the 360-degree guided tour is enriched with an interactive element to recreate the historic Zhonghua Market in the 1980s.

To encourage innovations in content development, TAICCA views the “Cultural Content and Technology Application Flagship Program” as a starting point for the transformation of the cultural content industry, which aims to promote the cross-domain integration of cultural and technological industries, and invest in the development of immersive content.

The Flagship Program has supported over 80 projects since 2020, one of which is a VR immersive interactive exhibition of The Magician on the Skywalk, which was included in the 2020 TCCF Future Content Zone exhibition. The project was curated by Funique VR and incorporated interactive technology in partnership with ATOM Cinema, Taiwan Mobile 5G network, and PTS’s series IP; utilizing new imaging technology to preserve demolished landmarks and preserve our cultural memories.

TAICCA has assisted in the incubation and cross-domain integration of content development, from matchmaking to earning the support of government funding to creating opportunities for international exposure. TCCF was the platform to demonstrate the combination of technology, creativity, and curation talent of Taiwan. The VR recreation of one of the character’s bedrooms in The Magician on the Skywalk was one of the highlights at TCCF, surprising the audience with its high level of authenticity in the recreation.

The origin of the ‘The Magician of the Skywalk - Film Set VR Exhibition’  comes from the hope that the virtual image of the Zhonghua Market recreated for the series will no longer be limited by time and space, bringing back to life a common memory of many Taiwanese.

After the demonstration at TCCF, Funique VR continues to push the boundaries in creating a richer Immersive experience of the film set to include various rooms and storefronts with 8K three-dimensional VR imaging. Using 5G's low-latency feature, the exhibition even added an interactive experience of the supporting characters during a séance.

With the highly-anticipated release of the TV series, it evoked vivid memories and nostalgia for many Taiwanese. The VR Exhibition allows the audience to visit the Zhonghua Market once again virtually and feel the charm of the demolished cultural landmark.

TAICCA accompanies the industry to create new content experience across all its developmental stages, and strives to support the innovation in transforming and upgrading the industry. ‘The Magician of the Skywalk - Film Set VR Exhibition,’ open from February 20th to March 1st, is a fitting example of what TAICCA envisions for future content experience demonstration