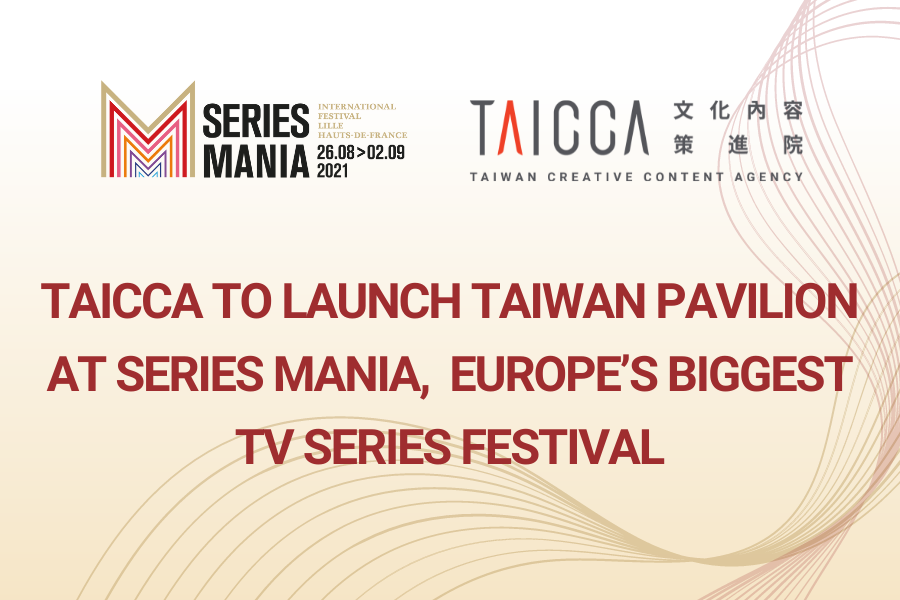 To help launch Taiwanese television series into the international market and attract more international buyers, the Taiwan Creative Content Agency (TAICCA) is leading the efforts to participate in Series Mania, one of Europe’s biggest and most prestigious TV series festivals, which will be held in Lille, France from August 26th to September 2nd.

First time participating as a governmental-affiliated agency, TAICCA will showcase a slate of local TV series at the virtual Taiwan Pavilion, and cooperate with the festival to encourage industry players to enter competitions and pitching sessions.

“The film and TV industry is experiencing a wave of OTT transformation. Coupled with the impact of the pandemic, streaming has become the main method of content consumption and is proportionate to the increase of users,” stated TAICCA CEO Ming-Che LEE. “With the exception of feature films, various international markets are increasingly focusing on series in order to meet market demands. And Series Mania is an important gateway to the European and global market for TV content.”

“TAICCA is participating for the first time this year to promote Taiwan’s excellent and diverse series, and we hope that with the momentum of this festival, we will see more works from Taiwan across the world” added LEE.

This year’s Taiwan Pavilion is themed “Rollin’ on with Taiwan Series” and features an extensive lineup. Some highlights include the mini-series selected into the Series Mania Short Forms Competition, Fragrance of First Flower (第一次遇見花香的那刻), which was awarded the 2020 GagaOOLala Pitching Sessions Gold Award.

In addition to participating in competitions and the pitching sessions, TAICCA also submitted a list of publications for film and TV adaptations. Along with Best-Seller to Box-Office, the Series Mania Forum recommends the crime/mystery thriller, The Spectre in Samaj (沙瑪基的惡靈) by Taiwanese author Sha-Tang (沙棠), to adapt into TV series at this year’s Book-to-Screen Forum.

TAICCA will curate the online Taiwan Pavilion "Rollin’ on with Taiwan Series” to promote local film and TV production companies and their content while strengthening Taiwan’s national cultural image through the richness and diversity of its original content. For more upcoming news and details of the festival, please stay tuned to the Series Mania official website (https://seriesmania.com/en/) for more information.