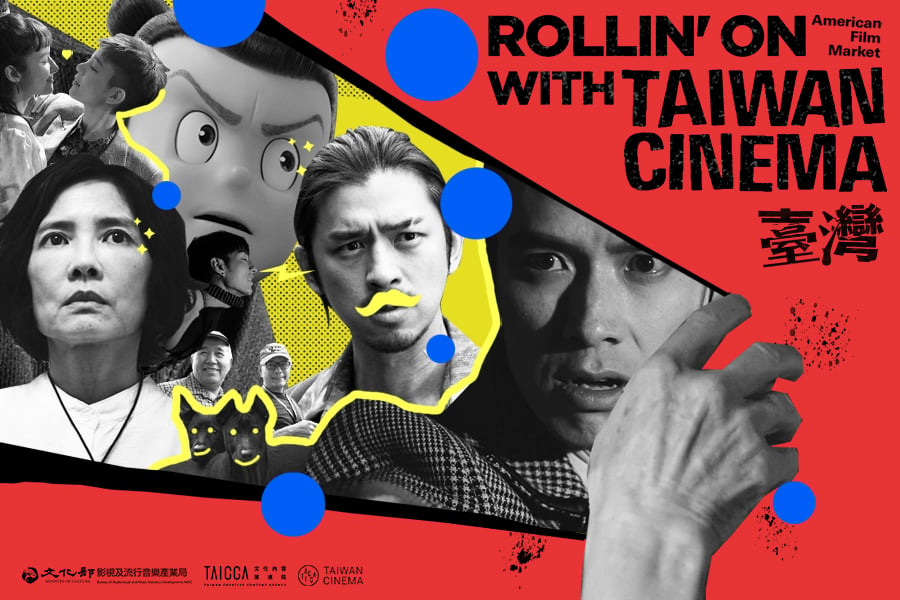 The American Film Market, one of the key events for film acquisition, development, and networking in North America, has moved its 2021 edition entirely online from November 1st to November 5th.

The Taiwan Creative Content Agency will participate in AFM with an online Taiwan Pavilion with the support of the Ministry of Culture and the Bureau of Audiovisual and Music Industry Development (BAMID). The Taiwan Pavilion will feature 57 films from 32 film exhibitors, showcasing the best of Taiwanese cinema to the world.

“There is a rise in popularity in Asian TV series globally, showing that stories based on local culture have a unique edge in the international market,” states TAICCA CEO, Izero LEE. “For the highly competitive North American market, TAICCA not only showcases the best of Taiwanese cinema at the AFM, but also assists the Los Angeles chapter of the Taipei Economic and Cultural Office for the 3rd Taiwan Biennial Film Festival, hoping to recommend more Taiwanese works to the American audience.”

The lineup for this year’s AFM at the Taiwan Pavilion includes American Girl (美國女孩) which was shortlisted by the 2021 Tokyo International Film Festival for Asian Future section. The list also includes films selected at Busan International Film Festival for A Window on Asian Cinema section: MONEYBOYS (金錢男孩), Increasing Echo (修行), and Days Before the Millennium (徘徊年代). As well as Taste of Wild Tomato (野番茄), Crossing’s End (彼岸), RAIN in 2020 (二〇二〇年的一場雨) and Good Day (詠晴), for the Wide Angle section.  The only Taiwanese film to be selected to BIFF’s Asian Project Market and the winner of NUTRILITE Award, Lives of Crime (犯罪人生), will also meet its potential funders at AFM.

Throughout the event, TAICCA will also introduce resources available for filming in Taiwan and various co-funding programs, such as Taiwan’s International Co-funding Program (TICP). which aims to increase the international market presence for Taiwanese original creative content, such as feature films, documentaries, TV series, and animation.

To further showcase Taiwan’s content industry to the world, TAICCA has organized the second edition of the Taiwan Creative Content Fest (TCCF), an annual international market and exhibition from November 10th to 14th that celebrates Taiwanese content driven by technology and creativity. For more information, please visit https://tccf.taicca.tw/en/.